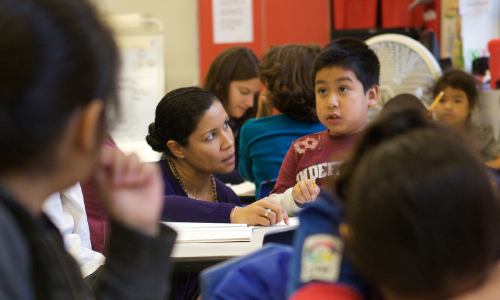 *This is a terrific and needed read, especially in light of the post-election attempts to launch a new “political correctness” where bilingualism is seen as detrimental to national unity. It’s happening. We need more stories like this. VL

LOS ANGELES — In the deepest reaches of my brain, there is a boy who speaks Spanish.

He calls his mother and father “Mamá” and “Papá.” One of his favorite expressions is “qué lindo” (how nice, or how sweet). He’s proud of the Mexican slang he’s learned: for instance, “no hay pedo,” which means “no problem,” though its literal translation is “there is no fart.”

My parents arrived in Los Angeles as immigrants from Guatemala. We had a shelf of books in Spanish in our Los Angeles home, including “El Señor Presidente” by the Guatemalan Nobel laureate Miguel Ángel Asturias, but growing up I could not read them.

Like millions of Latino kids educated in California public schools, I never took a class in Spanish grammar or Spanish literature, nor was I ever asked to write a single word with an accent or a squiggly tilde over it. In the ’70s, Spanish was the language of poverty and backwardness in the eyes of some school administrators, and many others.

[Photo by US Department of Education/Flickr]