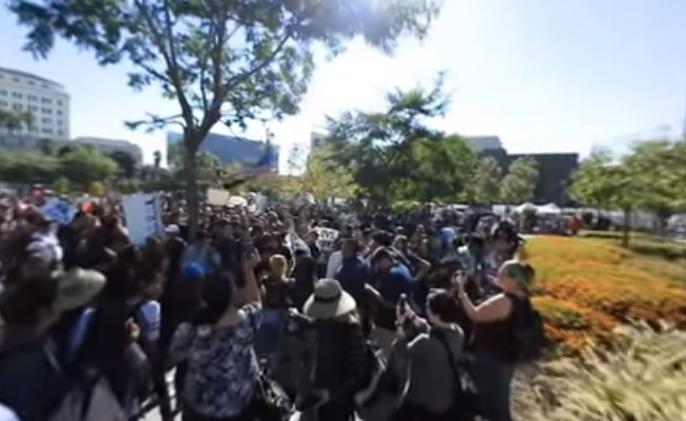 *This is relevant because many of the high schoolers who are walking out are young Latinos, learning to turn their frustrations into voice and action. VL

Every day in the week since Donald Trump pulled off a stunning presidential election victory, protests have broken out across the country with demonstrators chanting, “Not my president” and “Love trumps hate.”

On Monday, thousands of high schoolers in multiple cities walked out of class in protest. Many were too young to cast a ballot. Similar demonstrations are expected to continue Tuesday on college campuses.

Many protesters said they harbor no illusions about reversing the outcome of the election. They do hope that Trump and his supporters will ease their hardline rhetoric on several flashpoint issues — including immigration and possible mass deportations, Muslim bans and LGBTQ rights.