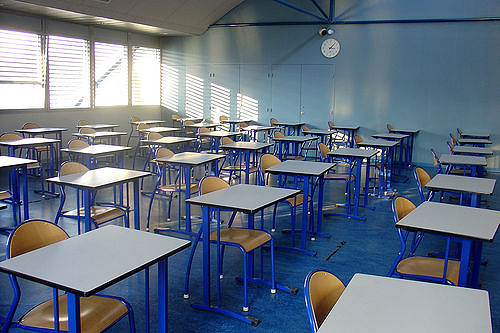 *This is good, worth you time investment. It’s an account of facing Trumpism is the trenches, in the public schools. VL

This is a guest post by a Michigan teacher with ties to Chicago schools.

I need help. I’ve needed it for a year now. I am just now asking. I have committed the cardinal rule I drill into my students’ minds at the beginning of the school year: “If you need help, ask someone! They can probably help you!”

I needed help.  I never asked. I am asking now.

I am an educator. I’m not just a teacher, I’m an educator.  I educate. I educate students (145 9th grade students, to be exact) on a daily basis and while that education might deal with grammar and spelling, editing essays and analyzing works for motif, more often than not, educating means looking at the whole child in front of me and determining what he/she needs that day.

Education, really, is not about teaching the skills of reading and writing, it’s about the skills of being human, being kind, being thoughtful, being willing to trust, being altruistic and, perhaps most importantly, being able to admit when one needs help.

I need help. I’ve needed it for so long that I feel embarrassed to ask now. Because truthfully, it’s way too late. I’ve stayed silent way too long.

See, I needed help in December when a student was asked to pick some trash up off the floor with me after a game in the classroom, and he muttered, “As soon as Donald Trump gets elected, all those dirty Mexicans can do this.”  I stayed silent.

I needed help in January when a girl came to me in tears, telling me how her tablemates had told her she needed to go back to Mexico, “where she came from” and “shouldn’t have come here in the first place” (For the record, she is a documented citizen who was born in the United States to parents who are also citizens and believe so strongly in her right to get an education that there are times I have to remind them that an A- is acceptable). I stayed silent.

I needed help in February when a student told me she supported Donald Trump because he, “would build a wall and send all these brown kids back” READ MORE