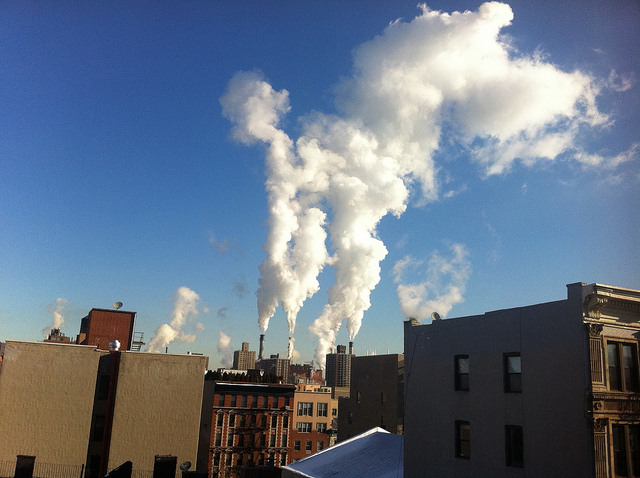 *A majority of Latinos live in California, Texas, Florida and New York, which are the most affected by extreme heat, air pollution, and flooding. And 9 in 10 Latinos want climate action like carbon pollution limits. VL

The nation’s 56 million Latinos are especially vulnerable to the health threats posed by climate change because of where they live, work and lack access to health care, a report released today by the Natural Resources Defense Council said. Latinos therefore stand to benefit greatly from concerted efforts to reduce carbon pollution, which fuels global warming, according to “Nuestro Futuro: Climate Change and U.S. Latinos.”

“It’s no wonder Latinos in the United States overwhelmingly demand climate action: They are extremely vulnerable to hazard and harm from this widening environmental threat,” said Adrianna Quintero, a co-author of the report and director of partner engagement at NRDC. “In so many ways—from where they live and work to dire challenges they face in gaining access to health care—Latinos are at Ground Zero for climate impacts.

“But there’s a silver lining— Latinos, and all Americans, also can gain real and sizable health and economic benefits as we cut the carbon pollution driving climate change and transition to smarter, cleaner energy that powers our future,” Quintero said. READ MORE