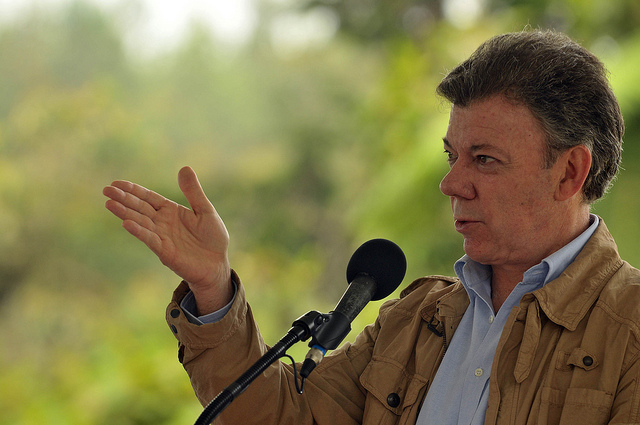 On Sunday during a visit with his family and top government officials, Santos made the announcement to an impoverished town in western Colombia where dozens of people were stranded in a church and killed during an intense battle between leftist rebels and far-right militias.

He promised the residents of Bojaya that he won’t give up on securing peace with the Revolutionary Armed Forces of Colombia despite voters’ rejection of a deal with the guerrillas in a referendum a week ago. More than 96 percent of residents of Bojaya voted for the peace deal. READ MORE