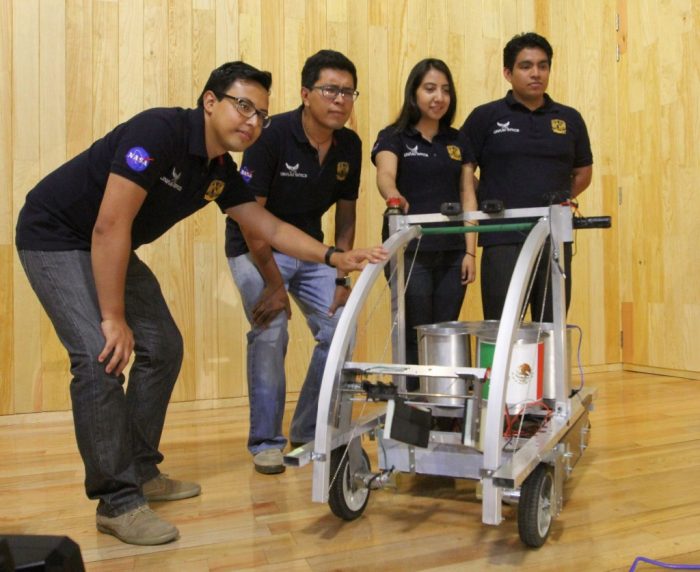 *Check out this #MexicanThing. The Mexican team saw it as a statement victory. Team member Juan Carlos Mariscal said “We have the same abilities as any other student in the world.” VL

Fans of Donald Trump can officially start freaking out: Mexicans are invading the US space program. Well not in any official way, but a group of engineers from the UNAM have just taken the top prize at a robotics competition sponsored by NASA and Worcester Polytechnic Institute with a charming little robot named Rover.

Under the flashy title Sample Return Robot Challenge 2016, the competition brought together 11 teams from different countries to see who could cook up the most effective self-powered sample collecting machine. For his part, Rover clocked in at 22 kilograms with a street value of around $10,000, but the symbolic value of his win is closer to priceless. READ MORE