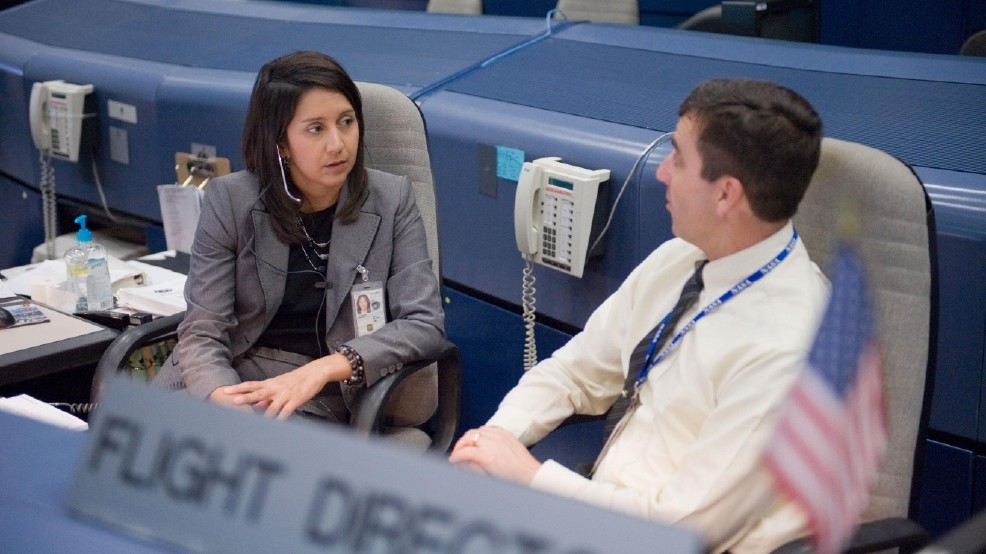 *This is a big deal – not so much the parade, but the flight director thing is huge. These are her creds: “Kerrick, the flight operations directorate division chief for the flight integration division at Johnson Space Center, worked for NASA for 25 years. She spent four years as the first non-astronaut capsule communicator and eight years as a flight director in charge of Mission Control for several International Space Station and shuttle missions.” VL

EL PASO, Texas — The annual FirstLight Federal Credit Union Sun Bowl Parade has a Grand Marshal that is out of this world.

Ginger Kerrick, an El Paso native and Hanks High School graduate, was the first female Hispanic flight director, and she will be the Grand Marshal for the parade on Thanksgiving Day.

“Growing up in El Paso, I watched the Sun Bowl Parade every Thanksgiving Day,” said Kerrick. “To have the honor of being Grand Marshal, and travelling a route that is less than a quarter of a mile from Price’s Creameries where my father spent his entire career – I am overwhelmed with humility and gratitude. Thank you so much, El Paso.” READ MORE