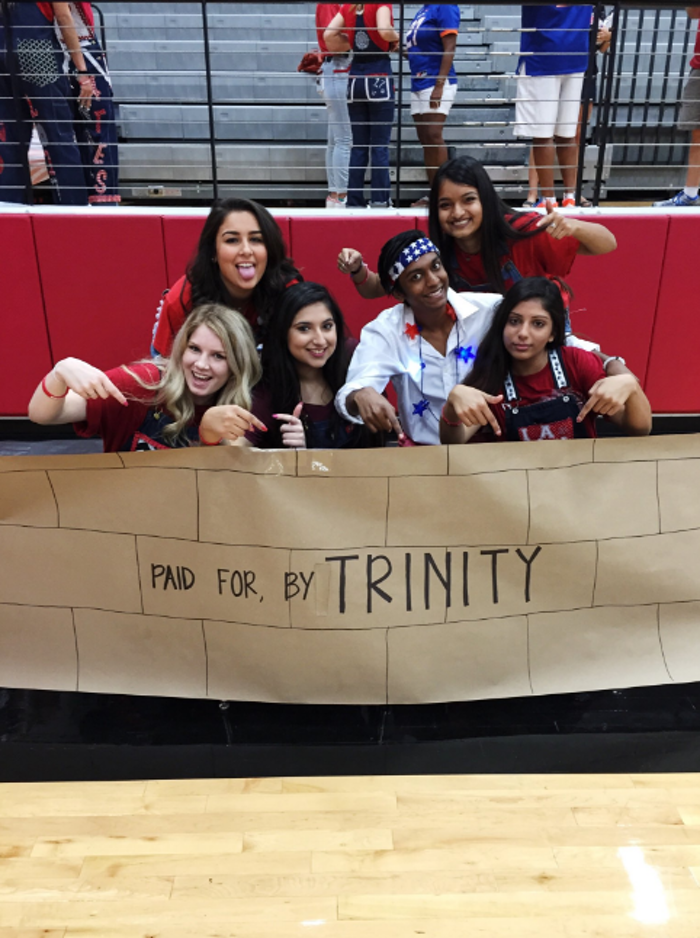 *This was reported yesterday. There’s a blatant reference to Trump’s wall. It keeps happening . . . VL

A suburban high school football rivalry escalated Friday after a Donald Trump-themed pep rally — complete with a sign depicting the border wall he wants to build — triggered allegations of racism.

A girl who identified herself as a Colleyville Heritage student posted photos on Twitter with the caption, “colleyville is going to TRUMP trinity tonight.” READ MORE