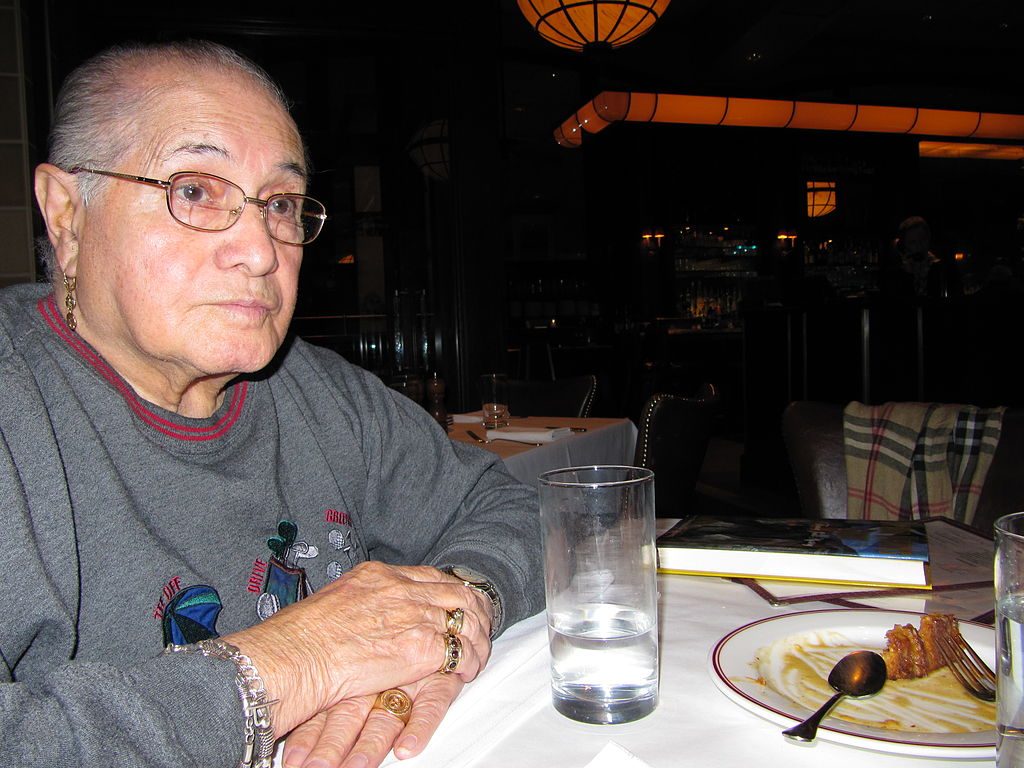 *I had no idea who José Julio Sarria was. But I do now. He was a Latino who transformed his community. Thanks to Eduardo Diaz for writing about him. VL

The mestizo and the queer exist at this time and point on the evolutionary continuum for a purpose. We are a blending that proves that all blood is intricately woven together and that we are spawned out of similar souls. –Gloria Anzaldúa, from Borderlands/La Frontera: The New Mestiza

I still pay my bills and stay in touch by mail. For this purpose, I “curate” my stamps, and gravitate toward commemorative figures that have impacted my life—César Chávez, Janis Joplin, Celia Cruz, Ray Charles, artist Martín Ramírez, and Harvey Milk—folks like that.

Harvey Milk served as the first openly gay person to be elected to public office in California, and served nobly and effectively as a San Francisco City-County Supervisor for 11 months before being assassinated in November 1978, together with Mayor George Moscone. His tragic death elevated Milk into iconic and martyr status within the gay community and its support communities, and rightly so.

But, before Harvey Milk there was José Julio Sarria. Born in San Francisco in 1922, Sarria went on to serve as a sergeant in the U.S. Army during WWII. After his discharge in 1945, Sarria became one of the most famous drag queen entertainers in his hometown. After years of activism in the gay community, during which he helped found the League for Civil Education and the Society for Individual Rights, two of the first gay rights organizations in the country, Sarria stepped in to solidify, in 1965, a loose alliance of social groups into the International Court System. The Court supports LGBT communities in the U.S. and internationally—from HIV/AIDS awareness programs, to organizing Pride parades and building community centers. In celebrating the organization’s 50th anniversary, President Obama noted, “Your organization’s pursuit of inclusion reminds us not only of our founding principles, but also of our human ability to connect with others when they need us.”

In 1961, José Julio Sarria ran for the San Francisco Board of Supervisors, the first openly gay man to run for public office in the state, paving the way for Harvey Milk’s successful run for the same office years later. Not surprisingly, Sarria actively campaigned for Milk. One could argue that Sarria was equally the seminal, pioneering force as Milk. His legacy is certainly as impactful and lasting, if not more so. At the close of Pride Month, I think it important that we recognize and celebrate the lives and accomplishments of Latino and Latina LGBT leaders who, in different ways, raised our level of awareness and advocated for social, economic, political and cultural justice for their community, for our community.

Recently, President Obama designated a small area surrounding New York City’s Stonewall Inn as the newest National Monument, the first to highlight the history of the LGBT community. On June 28, 1969, patrons fought back against what had become a pattern of selective police persecution, leading to a series of riots that gave birth to the LGBT Movement. Among the Stonewall protesters was Sylvia Rivera. Born Ray Rivera in 1951, she went on to co-found the Gay Liberation Front and the Gay Activists Alliance, and, later, the Street Transvestite Action Revolutionaries, a group dedicated to helping homeless young drag queens and trans women of color. Rivera passed away in 2002. A photograph of Riveracurrently hangs in the Smithsonian’s National Portrait Gallery. Luis Carle’s photo portrays her at New York City’s Pride March in 2000, seated next to partner Julia Murray and activist Christina Hayworth.

The list of Latina and Latino LGBT activists is long and distinguished, one that probably begins with Tony Segura, who founded New York City’s Mattachine Society in 1955, and also includes the aforementioned Gloria Anzaldúa, writer Cherríe Moraga, and Washington, D.C.’s own José Gutiérrez.

On Thursday, June 16th, in recognition of LGBT Pride Month, the Smithsonian Latino Center organized Recovering Latinx LGBT History: Dan Guerrero with the Editors of Queer Brown Voices, a public program highlighting the personal narratives of Latinx LGBT activism. The program was moderated by playwright, actor and producer Dan Guerrero and featured Uriel Quesada, Leticia Gómez and Salvador Vidal-Ortiz, activists and editors of Queer Brown Voices. Program participants and audience members did their best in the wake of the horrific massacre at Orlando’s Pulse Night Club only five days previous.

Some 90 percent of the Orlando shooting victims were Latina and Latino, mostly Puerto Rican. The island’s economic decline has transformed Orlando into a major receiving community for these economic migrants. It is beyond tragic that the shooter chose Latin Night to perpetrate mass murder at Pulse. As investigators continue to unearth the circumstances and the shooter’s motives, I think it important for us Latina and Latino allies to rally to the support of our LGBT community. As Gloria Anzaldúa reminds us, “We are a blending that proves that all blood is intricately woven together and that we are spawned out of similar souls.”