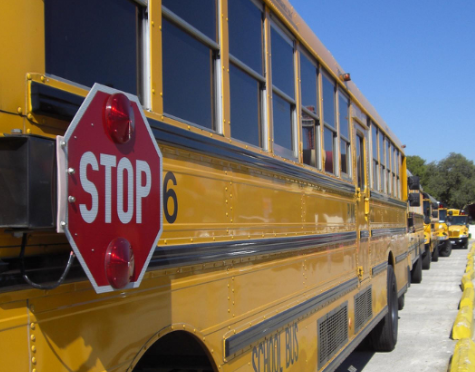 *Now that the initial shock has passed over the Texas Supreme Court’s decision on public school funding, it’s time for action. Al Kauffman tells us that constitutional does not mean adequate – the word is not final, and Latinos need to be involved. Here’s how. VL

The Texas Supreme Court has, quite wrongly, found the Texas school finance system to be constitutional. As has now been widely reported, the court rejected claims by the majority of school districts and communities that the system is inequitable, inadequate and creates a statewide property tax. But the court did comment on the tragic lack of sufficient support for our students and the great and consistent need for reform in the system.

So what happens next?

We can’t let the Legislature off the hook. Constitutional does not mean adequate for our state’s needs. All of us – parents, community organizations, school districts and every individual and student in the state – must tell our state senators and representatives and Gov. Greg Abbott that the Legislature must improve school finance. It’s imperative for our state’s future, and we must work with our communities, districts and advocates to create a united front to force our political and financial leaders to face these issues.

There are two main ways lawmakers can address school finance in the next session of the Legislature: invest significantly more in schools in our state, or determine how we can better use the funds that we are presently spending for our schools.

[pullquote]There are 5 million students in Texas schools, and we need at least $1,000-$2,000 more per student just to raise Texas to the average funding level for the country.[/pullquote]

The needs are urgent.

[tweet_dis]Texas remains near the bottom in the country on what we spend on schools[/tweet_dis], and our rapidly growing and diverse state must be far above the average to remain competitive. We will simply have to bite the bullet and raise more state and local revenues for schools while at the same time making sure the funding goes to the students with the greatest needs.

Let’s face facts. There are 5 million students in our schools, and we need at least $1,000-$2,000 more per student just to raise Texas to the average funding level for the country. The district court and the Supreme Court criticized the state for not doing an in-depth study to determine exactly what we need for our schools and students. Any valid study would likely come to the conclusion that the $1,000-$2,000 figure is correct. Several witnesses at the trial, including the state’s own witnesses, testified that significantly more funds are necessary.

[pullquote]The state could design a system that gives the same revenue per student to each district.[/pullquote]

Another option is to use our existing resources more equitably. There are great variances between wealthier and poorer districts, with wealthier districts still having access to more resources per student, even though they have less need for more funds. The state could design a system that gives the same revenue per student to each district, after considering the special needs of each district and student. Using the basic structure in place now, our funding mechanism for public schools could accomplish this. However, districts benefitting from the existing inequitable system are sure to push back.

One other option to use our present resources more fairly would be to raise the “weights” for students who come from low-income families or are English-language learners. That is, put the state’s resources where the greatest need is. This would move state funds toward large urban districts and other districts with high concentrations of low-income and English-language learners, much as the Houston Independent School District is now doing with its own districtwide distribution of funds – moving resources to schools and students with the greatest educational challenges.

The district court in the case that was before the Supreme Court found that the existing weights are much too low to reflect the real extra costs of educating our students, and as a result, the state sends much less money to these students than is necessary to give them the same level of education that other students in the state receive. Specifically, the district court said that both these weights, as well as several other parts of the formula system, should be updated. The district court criticized the state for using formulas developed in 1985.

Wealthy districts and taxpayers will lead opposition to these options. The only alternative is grim – and that’s to continue to treat our students and school districts unfairly, causing permanent harm to them, but also to our entire state.

Get involved now and tell your representatives, senators and Gov. Abbott to set the politics aside and do what’s right for our children, and Texas.

Al Kauffman is a professor of law at St. Mary’s School of Law. As an attorney for the Mexican American Legal Defense and Educational Fund, he worked on the Texas school finance cases for 20 years.