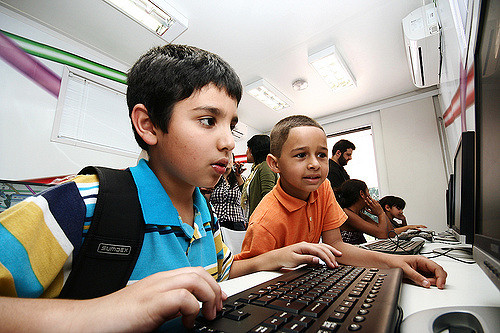 *There is an emphasis in tech to recruit, mentor and foster girls and young women toward careers in technology. But while Latino and black boys and men have higher rates of  incarceration, unemployment and poverty, they’ve been all but forgotten in the tech sector. At SXSW they’re beginning to notice an opportunity. VL

When talking about closing the diversity gap in tech, most industry and business leaders have focused their efforts on recruiting more women. But there is a demographic falling farther behind: black and Latino young men.

Black and Latino men in the United States face higher rates of incarceration and unemployment, are more likely to grow up in poverty, and come up against higher obstacles in entering and advancing in the tech sector. Yet, as technology has become a major engine for economic growth and the number of unfilled high-skilled jobs only continues to increase, tapping into the population is an overlooked opportunity that can affect the bottom line, tech leaders and professionals said this weekend at the South by Southwest Interactive Festival.

“It is a problem people are not talking about — and they aren’t talking about it because they don’t know it exists,” she told the American-Statesman. “Your typical computer science program will say, ‘OK, we are co-ed, we have no problem getting boys and let’s really work hard to recruit girls.’ And maybe they’ll say, ‘Let’s work hard to recruit a diverse group of girls…’ But what they won’t say is, ‘We need to recruit a diverse group of boys.’