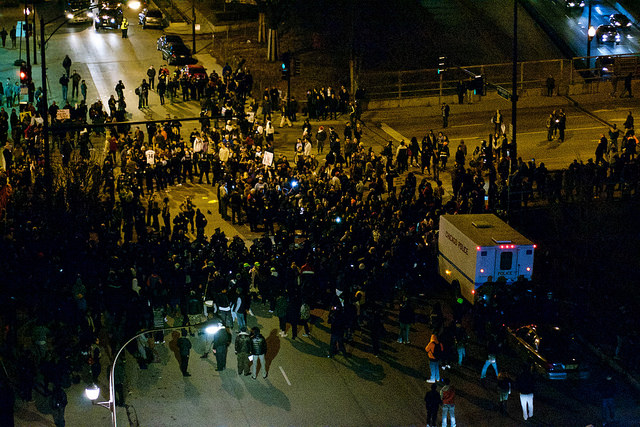 Just when you think you’re ready to go, something happens to set you back a few steps. That’s what producing this episode was like, and all because of this crazy election season and a protest in Chicago.

Pilar Marrero and I had recorded the latest of our regular politics podcasts, it was in post-production, almost ready to go, then Chicago happened.

I remembered that NewsTaco’s friend Jessica Estrella has solid contacts in Chicago (she’s originally from Chi-town, although she now lives in LA) and is now the VP of Communications for the Cesar Chavez Foundation. So I reached out to her for help in finding organizers, participants, witnesses to the Friday protest at the Trump rally-that-didn’t-happen. She put me in contact with two Latino organizers who were at the protest and they gave me a first-hand account of the events. Those interviews are at the top of this episode, followed by the regular Marrero politi-talk.

There’s more to the story having to do with planting a spring butterfly garden, a severed internet line and a quick trip to the nearest coffee shop to get this podcast posted (Murphy decided to take his pesky law and plop it on my lap this time. But it’s all good, we got it done.)

Thanks to Jess for her help in scoring the interviews and Carlos, our engineer, for his patience and for sacrificing his Sunday for the cause.

Enjoy, let us know what you think!