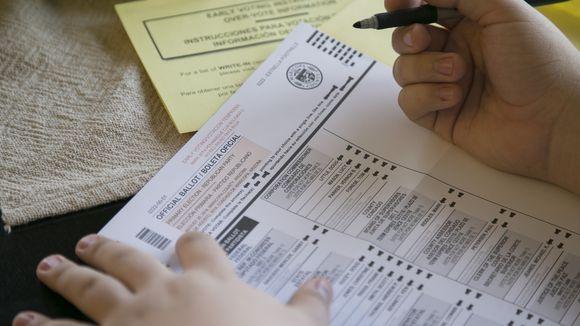 *A recent Univision poll had similar results. That poll said there was a  large group of Latino voters who didn’t identify with either political party and were therefore “persuadable.” Critics said the poll was tainted because its intent was to persuade GOP candidates to spend ad money. Another study says Arizona could soon become a swing state because of the unprecedented effort to register voters in the wake of SB1070 and the actions of Sheriff Joe Arpaio. Put the findings together – persuadeable Latinos and Arizona becoming a swing state, and you have a changing political landscape. VL

A new study shows many of Arizona’s Latino voters are dissatisfied with the two major political parties.

The study was commissioned by Open Primaries, a group that advocates for nonpartisan elections. It surveyed 1,500 out of the state’s more than 600,000 registered Latino voters including independents, Republicans and Democrats.

More than half do not vote because they feel candidates don’t care about their communities. And nearly three-quarters of Latino voters feel elected officials are more loyal to their party than their constituents.

Click HERE to read and klisten to the full story.