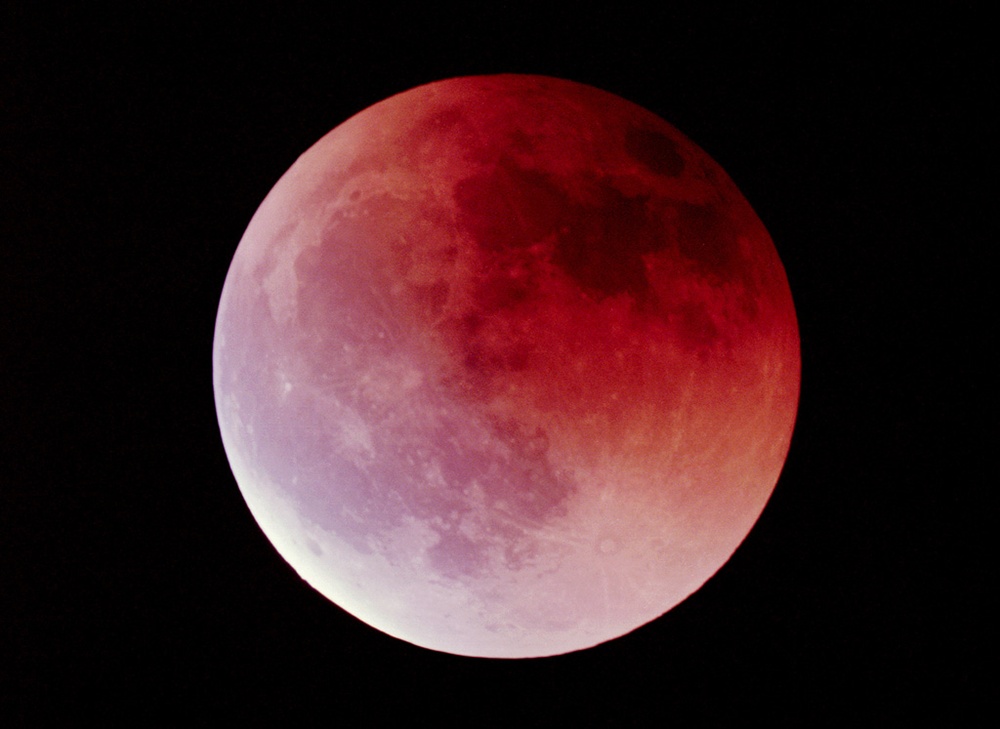 *I really like this explanation of Sunday’s Super Blood Moon, how and when to watch it. Sounds like the kind of thing for a late night picnic. VL

Every object in the solar system casts a shadow. Large objects, like Earth, create big shadows that can engulf entire worlds, even if those worlds loom bigger than normal.

On the night of September 27/28, the Full Moon plunges through Earth’s shadow for the second time this year, and this time, it’s the biggest Full Moon of 2015. The resulting total lunar eclipse lasts more than an hour and occurs during the evening across the Americas.

How to View It

For most observers, a lunar eclipse begins when the Moon starts to enter the dark umbral portion of Earth’s shadow. This occurs at 9:07 p.m. EDT on the 27th, which is after moonrise in the eastern three-quarters of North America and all of South America.

[Photo by Bill and Sally Fletcher]