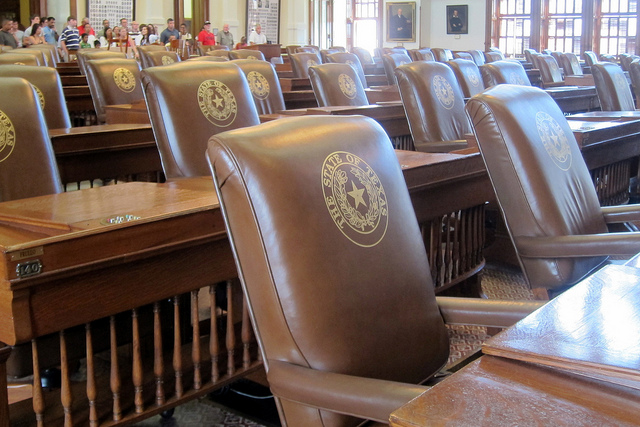 Don’t you just love languages? They carry the thoughts, feelings and deepest sentiments of a people.  Language describes and defines.  Language expresses philosophies, ideologies and belief systems.  And, in Texas we know how to use language to cover our intent with a veil of words.

Texans’ elaborate use of language was on display this past week when the state Senate passed a law that would allow “properly licensed Texans” to openly carry hand guns in public.

What do language and hand guns have in common?  It’s simple – the pseudonym for open carry in Texas is “constitutional carry.”  Yup, you got it.  The advocates for the open carry law – who are also proposing that “properly licensed Texans” be allowed to openly carry guns onto and into college campuses and buildings – are insisting that “properly licensed Texans” have a constitutional right to openly carry hand guns.  Painting open carry as constitutional carry is a nice linguistic shift, but one that hides the real nature of the law.

Have you asked yourself why people have to openly carry a hand gun, particularly in this day of high intensity violence?  For heaven’s sake, just the week before the senate passed open carry there was a biker-gang shoot-out in Waco TX, just a few miles north of the state capitol, that left 9 dead and more than 150 arrested.  I bet sleeping accommodations in the McLennon County jail are at a premium right now.

So, what is behind the open carry law?  Is it for 2nd Amendment advocates to make a point?  Is the law designed to ease the minds of those who fear predatory criminals behind every bush?  Is the law designed to feed the fantasies of every individual who laments the fact that they missed the violent days of the Old West?  Or, is it just a way to organize a group of right-wing crazy voters for future elections?

When the state assembly approved the Voter Identification and Verification Bill they did so to “protect the integrity and security of the ballot.”  The original intention, which was changed after a great number of accusations of racism, was to prevent illegal immigrants from coming across the border in large waves to cast fraudulent ballots, thus weakening the vote of legal Texas citizens.

Really? Really?!?  As if waves of brown people would come flooding across the border for every one of our elections that number in the double digits annually?  Does this mean that in every village in Mexico the people are diligently watching our election coverage and determining which candidates to support and then crossing the borders by the thousands and voting for their favorite candidate?  What do they do then?  Cross back over the border in large “brown waves” waiting with baited breath for the next school district election they can influence?  I wonder what kind of accommodations they require when having to hang around for the run-offs.

What is really going on in these two policy areas and in the fight over public health, education, and the equal delivery of other public services in Texas?  It’s that “properly licensed and identified Texans” are afraid of losing control of their government to Latinos.  Constitutional carry is just one way of giving “properly licensed Texans” the right to go about society to intimidate law abiding folks.  Properly identified voters is a way of suppressing the votes of Latinos and other underrepresented groups from influencing the policy process.  Frankly, the language used in these two policy areas are hiding much more than what we are led to believe.

Latinos and the Voting Rights Act: The Search for Racial Purpose.