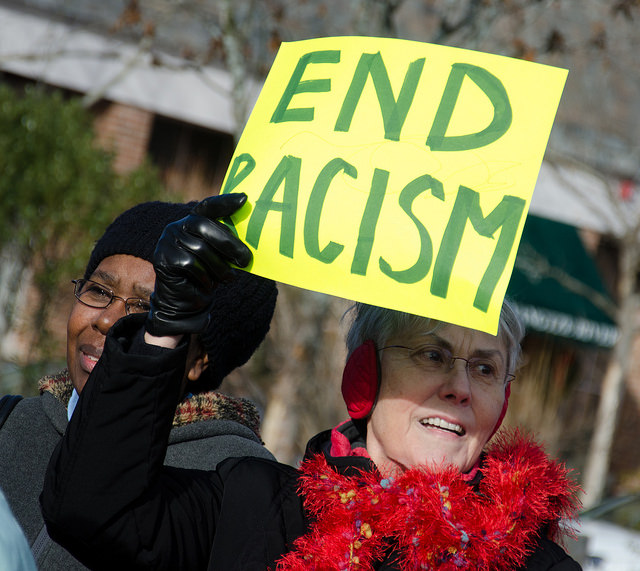 I’ve been contemplating the sources of evil and how evil manifests itself in how we treat one another daily.  This curiosity comes on the tail of the recent spate of cop on black and Latino shootings and the racism I’ve found in the election processes of this country.  After rereading Peck’s People of the Lie it occurred to me that much of the chauvinism, i.e. sexism, racism and so forth that we encounter in many realms of our lives are founded in evil as defined by Peck. Some are probably reading this and saying there he goes again!  Seeing racism under every rock!  Well, no.  Hear me out because I think I’ve got an idea here that may go far in explaining why racism and sexism and other forms of chauvinism are so persistent.  The key word in the previous sentence is “persistent.”

As Peck points out, evil is a consistent pattern of treating others without any regard for the wellbeing of those individuals.  One may even think that they are being kind or acting on behalf of someone who needs to be taken care of.  Nevertheless, the way we treat these people is not in their best interests and actually inhibits their ability to self-actualize, improve their situation socially, physically, socially or politically.

An evil person will treat others the way he or she has decided is the proper way for those folks to be treated but this definition is narcissistically defined.  In other words I’ll take care of you the way I think you should be taken care of, whether you like it or not, and no one can tell me any different because I’m right.  I know what is good for you because I’m better or superior to you.

So, why is racism evil and why are those who perpetrate and perpetuate it evil?  Racism is evil because it attributes the behavior and culture of people as less than that of a dominant norm based on their perceived race.  Perceived race?  Yeah, sometimes one’s national origin or ethnicity is mistaken or interpreted as racial, ie. Latinos.

In the early stages of our country’s history racism was used to prevent African Americans, Latinos, American Indians, and Asians from achieving citizenship.  African Americans were simply defined as chattel, bought and sold to the highest bidder, and relegated to a life of slavery without the ability of having any say over their human condition.  Latinos, well we were just lesser than Anglos, so we were not allowed to go to the same schools, restaurants, churches and other social institutions as Anglos.  Indians were just considered savages, sometimes “noble,” and relegated to government reservations.  Finally, Asians were only allowed to live in the ghettos close to where they worked and had to create their own separate social institutions.

The evil part of this was that there was a consistent pattern of mistreatment and no effort to improve the conditions of any of these oppressed people.  There was no concerted effort to lift these groups of individuals to the same level of citizenship as Anglos.  Anglo legislators were writing the laws governing access to the ballot, residential patterns, schooling and use of language.  Anglo legislators made these laws to convenience their ability to maintain control of the political apparatuses.  To allow individuals to participate fully politically who have been abused may be setting oneself up for revenge.  Thus the hateful images of menacing blacks, hordes of browns, waves of yellow men and wild savages were used as tactics in the war to oppress people of color in the United States.

How Does This Play Itself Out Today?

The answer to this question has many parts because examples are endless beginning with the obvious cop shootings, racial residential patterns, mortgage and business lending practices, hiring and firing practices and continual images in the media of racial minorities committing an unlimited number of crimes daily.  Essentially, Americans need to wake up and take a good close and deep look into their hearts and minds and ask hard questions about those we elect to higher office.  We need to wake up and quit falling for every propaganda line, half-truth, and flimsy explanation politicians give us and start making hard choices about who we vote for.  Most importantly, we need to begin uncovering the racist politicians and not vote for them under any circumstances because all they will do is continue to perpetuate the evil of racism.

Latinos and the Voting Rights Act: The Search for Racial Purpose.