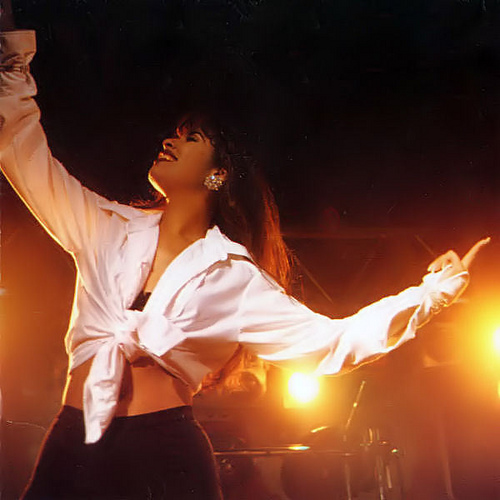 *So the Selena “hologram” isn’t really a hologram. It’s something else, kinda like a hologram, but not really. Because a hologram is a recording, and this thing is a “next-level,” clone, Arcovert. Got it? It gives a new meaning to fotos y recuerdos … I had to say it. VL

Abraham Quintanilla wants to set the record straight about the forthcoming Selena “hologram,” which made waves after it was announced on Selena’s Facebook fan page the first week of April. Apparently, the Selena recreation will not, in fact, be a hologram, as Quintanilla emphatically stated multiple times during a press conference given by Selena’s family on day 2 of Fiesta de la Flor. He explained that the project actually represents a brand new technology pioneered by Acrovert LLC, which will “clone” her voice and do some other crazy stuff. What crazy stuff exactly? Mr. Q couldn’t really explain all the technical details, and assured us that even if he could, none of us would understand anyway because it’s so next level.