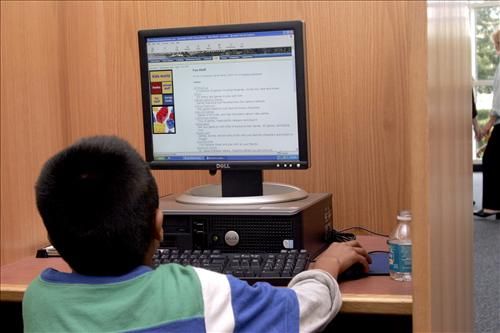 *A new twist on the digital divide. Latinos use of sophisticated technology rivals middle class whites, but Latinos have less opportunity to access that technology – tablets, e-readers, computers and high speed internet. These are the tools needed for a basic education. This is essential information for net neutrality and education reform debates. VL

Hispanic families are utilizing some digital tools that rival their middle class white peers but have less opportunities to access said digital tools to advance their child’s education, according to several newly released publications by the Joan Ganz Cooney Center at Sesame Workshop.

There is a gap in access of devices such as tablets, e-readers, computers and high speed internet often needed for children to advance their digital learning. Latino parents who say they use educational media on a weekly basis reported that it supported their child’s learning in particular subjects such as mathematics and literacy.

In a national survey reported in, “Aprendiendo en casa: Media as a Resource for Learning Among Hispanic-Latino families,” 90 percent of Spanish-speaking families expressed desire to have more resources and devices that would further their child’s learning.