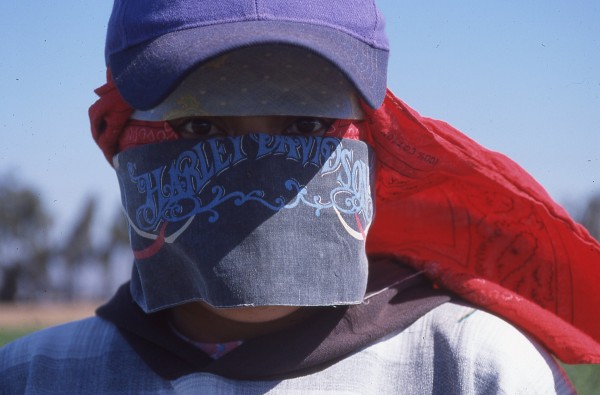 *Read this. The kind of stuff that sends people North to the U.S. VL

“After sentencing (the defendant) to carry rocks for a number of days , my client  began receiving threats from people  demanding the recession of the law.  After the defendant’s release, my client  was  attacked on more than one occasion ( once with guns)  and threatened with torture and death. My client  believes that if returns to Guatemala  he will be  killed.”

Now that’s something you don’t read every day.

But it is the kind of stuff that sends people north to the U.S.

It’s from an attorney looking for an expert witness in Guatemala and Mayan Law, defending a man who is requesting asylum in the United States.

I’m no expert in Indian self-rule and law in Latin America, but I have seen huge problems with it. Here’s a story I did on the conflict those laws generated between migrants from Oaxaca and those who remain behind in the town.

Here’s the lawyer’s full letter, with names and places removed:

The man seeking asylum is  a 26 year-old of Mayan ethnicity. My client is well educated and interested in advancing the interests of his small Hamlet. He has no criminal record and is politically active in his community.

After he was  elected as Mayor of Development of his community in 2011, he set about drafting and implementing “Mayan Law” to prevent the abuse of women and children as well  to prevent the theft of land by members of neighboring hamlets.   The law he wrote was adopted by his community and  formally ratified by the civil authorities of the broader municipality.

After the ratification of the law, members of the community, (led by my client) arrested  a man from a neighboring town, for stealing land from members of the San Jose community. After sentencing the defendant under the new Mayan Law  to carry rocks for a number of days (12)  , my client  began receiving threats from people in San Luis   demanding the recession of the Mayan Law.  After the defendant’s release, my client  was  attacked on more than one occasion ( once with guns)  and threatened with torture and death.

My client  believes that if returns to Guatemala  he will be  killed. I need an expert who can   provide context for  “Mayan Law”  within indigenous communities  and  within the  broader socio-political fabric  of Guatemala .