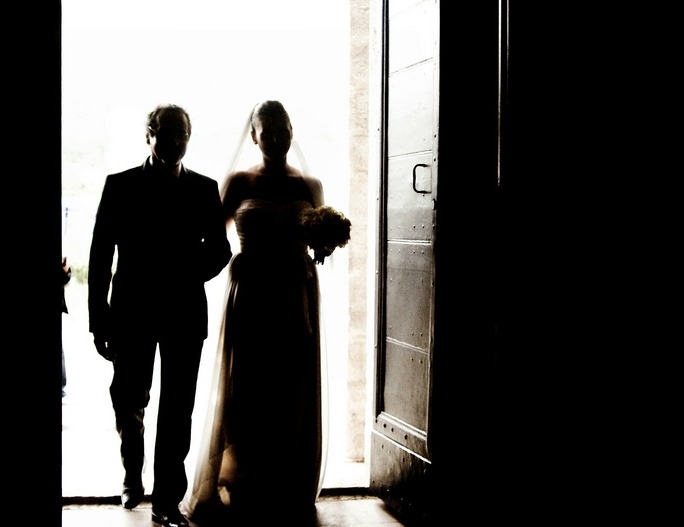 The first restaurant I worked in had fit every stereotype I had believed about the Latina community. Every person in the kitchen was undocumented and worked for cash under the table. Some sold drugs on the side, and could be seen talking about a white girl’s rear in Spanish. So imagine how I felt when my Peruvian boss offered me a substantial amount of cash to marry his brother for legal status. I was impressed, shocked, appalled? Honestly, I still don’t know.

I had heard of mail order brides before, but this was an entirely new concept to me. The number of petitions denied nationwide for marriage fraud is small. According to U.S. Citizenship and Immigrations Services, only 506 of the 214,154 requests filed by citizens in 2010 were denied, with 7 percent of those denials were for failing to show up to the audit interview. With that perspective, the odds of us being charged with fraud for our “pretend marriage” were small, but the consequences still could have been quite pricey, amounting to a fine of $250,000 and up to five years in prison.His brother was indeed a handsome Latino man. He was smart, but he was so desperate for some kind of freedom. He was desperate to better his life, and he wanted to become an American citizen so bad, even if it meant emptying his bank account. Even if it meant pretending to love someone for a year, or maybe even longer than that.  It was an empty proposal. There were no flowers or diamonds involved. The more I thought about it, the more I began to understand how much it could have changed his life. For better or worse. I rejected the proposal.

Years after the proposal, I did fall in love with a Latino. He was the first person I had let into my life romantically who wasn’t strictly Caucasian. He worked in a kitchen for cash, sold pot on the side and was going nowhere in life. I would constantly compare our lives, and I assured myself he hit the jackpot by finding me. I was young, successful and had a bright future ahead.

As our relationship progressed, my parents wouldn’t having anything to do with it. My friends would sing the theme song to the movie The Help every time we walked into a room. I was officially labeled as the girl who was into “brown men.” While I talked about mortgages and careers, he asked for $50 to cover the difference for his rent for the month. I felt like I was being a good person by letting a little diversity into my life, but I still found myself silently making judgments.

When he ended the relationship, I was completely blindsided and embarrassed. He said we were just two completely different people. After all, I felt he could never do better than me. He could never find another “white girl” who could improve his lifestyle the way I thought I could. When I look back at the relationship, I now realize the kind of confidence I presented in our relationship was demeaning to him. He needed his papers, but marriage was never a conversation we brought up during our relationship.

Looking back at these two moments in my life, I recounted my own family history. My American grandfather married his Italian wife on a military base in Europe. My grandfather must have felt the way I had in my previous relationship. He knew he could change her life. He could give her a better one. My grandmother was trying to escape war, and she found a way out. The man I loved needed a better life, but he wouldn’t sacrifice marrying someone who didn’t have a deep respect for who he was.

My boss’s brother needed a better life, and he asked me to marry him without question. Could we have been happy? Maybe we could have lived an entire lifetime together, just like my grandparents.

Lauren Timmerman is recent graduated from Columbia College Chicago. She is now a freelance writer, and she frequently contributes work to Latina Voices.