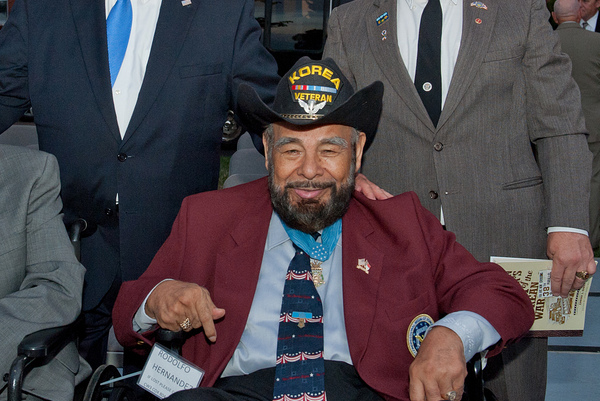 Rodolfo P. “Rudy” Hernandez, an Army paratrooper who received the Medal of Honor after single-handedly carrying out a bayonet assault on enemy forces during the Korean War, died Dec. 21 at a veterans’ hospital in Fayetteville, N.C. He was 82.

He had been treated for cancer and other ailments, the Fayetteville Observer reported.

Mr. Hernandez was a 20-year-old Army corporal when, despite being severely wounded, he leapt from his foxhole and — armed with nothing more than the bayonet on his disabled rifle — ran toward North Korean troops.