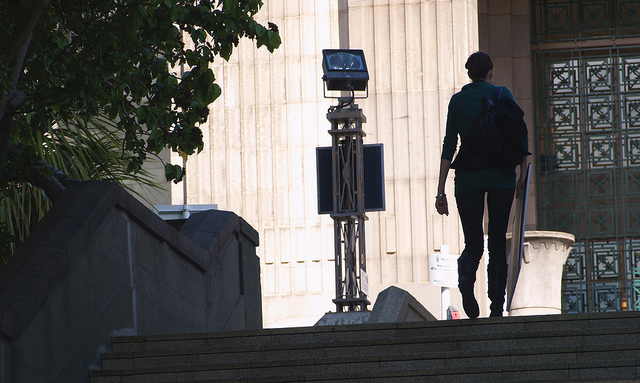 I am Black. No. I am Hispanic. I don’t think I am either. I am American. My mom, Yurika Mariela Wright, was born in Panama and my father was born here, so am I African American?  Do I really have to choose one?

This is nothing but a tough decision. You know what, I will just check the OTHER box, since that describes me most through my high school years.

I attended two different high schools. One was very accepting and didn’t really focus on what your ethnicity was. At my other high school that was all “the talk” used to be about.

I went to high school in the Bronx. Walking into it I thought I would have seen different colors, cultures and traditions. In my class it was the direct opposite. I was one of the four darkest people. Everyone in that school was Dominican, Mexican, African or just black. It didn’t bother me until other people became bothered by it, especially because I was mixed.

I was a black Panamanian girl, not that “spicy” multiracial girl who was Dominican and Puerto Rican. I didn’t have that long curly hair. I was not light skinned and or had a big “tush” everyone checked out. I had long braids with brown skin and some layers on my body. It was the complete opposite of what everyone portrayed mixed girls to be.

It was never hard growing up as a black Panamanian girl. Everyone was always interested in my culture and learning more about it.

But in high school everyone sat within their own clique. Not surprisingly everyone stuck with their own race. Mexicans at one table. Africans at the next. Dominicans at the other.

So where did I fit in? I eventually found two really nice Dominican girls who offered to get to know me and sit with me.

Throughout my  years of high school, the African-American girls didn’t like me because they said I tried to be something I wasn’t. Meaning not like them. So they didn’t accept or want to be around me.

Some of the Dominican girls didn’t want to be my friend either. I wasn’t as round, beautiful and as skinny as they were. I didn’t speak fluent Spanish either. They denied me even being Hispanic because I was dark-skinned and it hurt.

There was this word some Dominicans would use called “cocola” meaning black, nappy headed and ugly. That’s what some would call me.

Any time I walked into my high school it felt like I was walking into the pits of hell. When my day was done it felt like Jesus was at the end of the path waiting on me to take me to a better place: HOME. I never thought in a million years I would have experienced the verbal abuse outside of school.

This happened in the summer of my sophomore year. I logged in to Facebook and a girl who was in my class began calling me derogatory names,  the worst names you can possibly think of. She continued to deny my own race because I was brown skinned and I did not look her. I just remembered thinking how could I return to high school for my junior year? I felt so embarrassed. More and more people began commenting on the post making fun of the way I looked. At that point, I was at my breaking point and I considered suicide.

Cyberbullying is definitely one of the most challenging things to go through. More than one in three young people have experienced cyber threats online.  The majority of this bullying towards adolescents repeatedly takes place through their cellphones and the Internet, according to the i-SAFE foundation.

I had to keep my head high because I knew none of the slurs being said about me were true, but it did bother me.

It didn’t take away my pride because I am proud Panamanian-American. On both sides of my family there are two different traditions. I had my abuela who would make that wonderful “ arroz con pollo y tortillas con empanadas” and my Aunty who makes that great baked macaroni and sweet potato pie I love.

I didn’t need to prove to anyone who I was. Moments in high school made me feel as if I had to change just to be accepted, but I looked past that.

This is something that no one should have to go through especially in high school. It is supposed to be enjoyable not miserable.  The things you wear, the way you’re shaped, your skin complexion and your ethnicity should not matter. Never let people get the best of you. Remain proud and confident.

Taking a walk in my shoes today I am a proud Panamanian and African American. I don’t need to choose one or categorize myself to one ethnicity. My name is Jenay Ciara Wright and I am an Afrohispana.