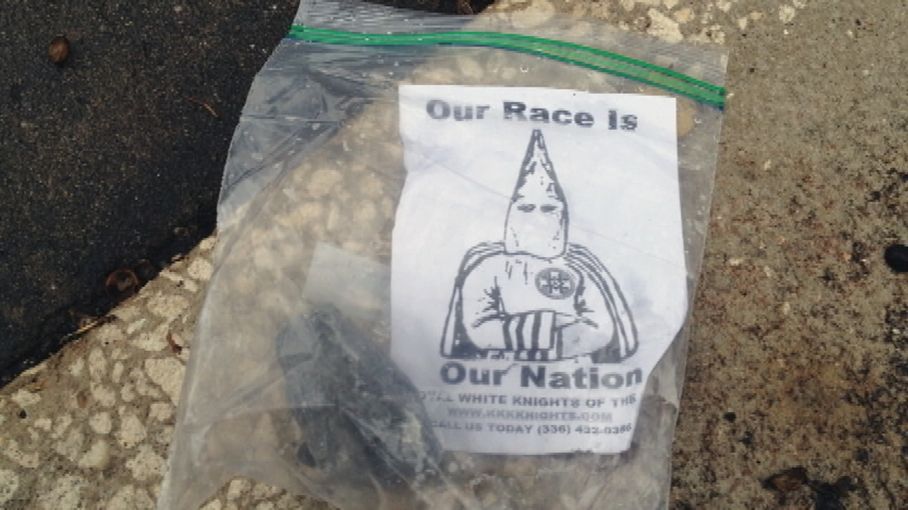 ROCKLEDGE, Fla. — Over the past two days, some residents of the Levitt Park community in Rockledge found small fliers in plastic bags in front of their homes.

“I thought it was a bunch of advertisements for sprinklers or pesticide companies, but I wasn’t expecting that,” said resident Tomas Lebron.

Lebron said when he looked closely at the flier he could clearly see a hooded character with the phrase “Our race is our nation.” It was an advertisement for a Ku Klux Klan group in North Carolina.

Lebron, a Hispanic,  said he and his Hispanic neighbors received the fliers, but many white neighbors didn’t.