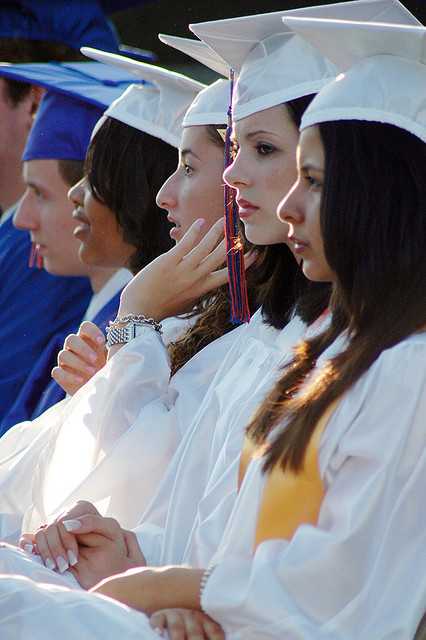 Recent reports revealed that Latinas are obtaining a higher education more than ever, but graduate researcher Andrea Gomez Cervantes found that while Latino families encouraged their daughters to attend college, they are often expected to stay closer to home.

“I work at admissions and I know a lot of Latino families who don’t let their daughters live on campus,” said Gaby Ramos, a young Latina who decided to move away for college against her parents’ wishes. “Having a Hispanic family, you’re expected to stay home until you get married. I knew my parents would freak out. They didn’t understand why I needed to move out.”

According to the Pew Hispanic center, 17% of Latinas in between the ages 25 –29 have at least a bachelor’s degree, compared with 10 percent of Latino males. In 2010, Latinas earned three out of every five associate or bachelor’s degrees granted to the Latino population. Not only are Latinas becoming more educated, but also more independent —  exceeding their Latino counterparts in both areas.

Majority of these young Latinas are the first in their families to attend a higher education institution, making them first generation college students whose parents have no idea what college comprises. Martha Ruvalcaba, a student at the University of North Texas, believes Latino parents are often too overprotective of their girls. But many Latinas have found that living on campus or away from home for college is a necessary commitment to make for their educational future. Whether that comes with a compromise, like going home every weekend, they are more open to the idea of leaving their home.

“Living in the dorms opens your eyes to different cultures and you see so many different things,” said Ruvalcaba. “I really like meeting new people and learning on my own and having my own responsibilities.”