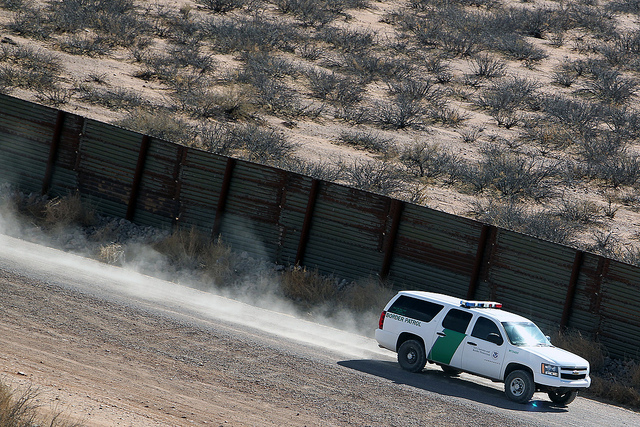 Border security. It’s everyone’s favorite two words in Washington these days. And it’s an incessant albatross around the neck of any immigration reform attempt. Everyone insists on it. The Editors at the National Review in a rather sad piece complains that the bill is “enforcement maybe” and that the security measures are “paper tigers.” Senator Rand Paul, who gave a great speech on immigration, opposed the bill ultimately because it didn’t secure the border enough. On the other hand, even supportive politicians get into the “border security” game. Senator Rubio promised that the bill has the “toughest immigration-enforcement measures in the history of United States.”

Everyone claims to love border security. But no one actually discusses the actual state of the border. Our current political dialogue does nothing to have a real discussion of facts regarding border security and instead only gives us myths.

Myth #1: “The US-Mexico border is plagued with crime.”

A common belief is that the US-Mexico border is the last relic of the Wild West. The image of the border as a violent, lawless hell hole could not be further from actual life along the US-Mexico border. Many immigration opponents exploit the current violence and political troubles of Mexico as a way to stoke fears about importing violence from Mexico into the United States. Entering the phrase “border violence” into Google will bring you 135 million hits.

The four  cities in America that have the lowest crime rate are all along the border. According to that liberal bastion of the Federal Bureau of Investigation, San Diego, Phoenix, Austin and El Paso have the lowest crime. Furthermore it is much more dangerous being a beat cop inside the United States than it is enforcing the law on the border. 11% of cops and sheriff’s deputies were assaulted last year, most of them with serious weapons, such as firearms and knives. That same year only 3% of border patrol agents were assaulted, usually by people throwing rocks.

Lastly, even border violence on the Mexican side is beginning to decrease. Last year, border violence in Mexico declined by 12%, according to then Trans-Border Institute.

Type in “underfunded border security” and you will get a whopping 198 million hits on Google. Read the articles provided and it is nothing short of hysterical. You’ll find a bunch of so-called “limited government conservatives” whining about not enough taxpayer dollars being spent on a government program. The truth of the matter is that the border has never been more secure.

The US-Mexico border is now one of the most heavily patrolled borders in the world.

Myth #3: “Illegal immigration is at an all time high.”

For those who want to confirm their belief that undocumented immigration is increasing can find over 100 million hits on Google in related searches. Yet it too is another myth propagated in our society, usually by restrictionist voices. In fact illegal immigration has been decreasing for quite some time now.

According to the Pew Hispanic Center, from 2005 to 2009, the total amount of people illegally entering the United States has dropped by two thirds, whereas the total amount of undocumented immigrants living in the United States have dropped by 8% from 2007 to 2009. This decrease in flows can also be seen from the figures from the Department of Homeland Security. The apprehension of undocumented immigrants has plummeted from 1999 to 2011, which was the lowest year on record. In fact, the Obama administration alone has deported 1.5 million people (never mind that many of those are people with American citizen children, who are now languishing in fostercare)Lastly, the net amount of immigration from Mexico is at zero, which means the amount of Mexican nationals leaving and entering the country are equal.

The fact of the matter is that, while undocumented immigration is still a phenomenon in the United States, it is limited to market forces here in America. There isn’t some nonsensical “invasion,” but rather the result of over intrusive regulations that outlawed previously legal immigration. Those who preach about some crime ridden border are simply sowing fear and irrationality, something all too common in American politics right now.

The fact of the matter is that “conservatives” who criticize immigration reform for the reasons of border security are a mirror image of their liberal counterparts. Ignore the facts on the ground and continue to promote the spending of billions and the bloating of government to solve a nonexistent problem.

Maybe we need a little more freedom and a little less  border security?

This article was first published in Cafe con Leche Republicans.

Joseph Laughon is a lifelong Republican and a proud Mexican-American. He was a campaign consultant to Martha Flores-Gibson in 2012 and was both the Vice Chairman of the College Republicans at Concordia University and the President of Nuestra Voz. He lives and writes in San Buenaventura, California.