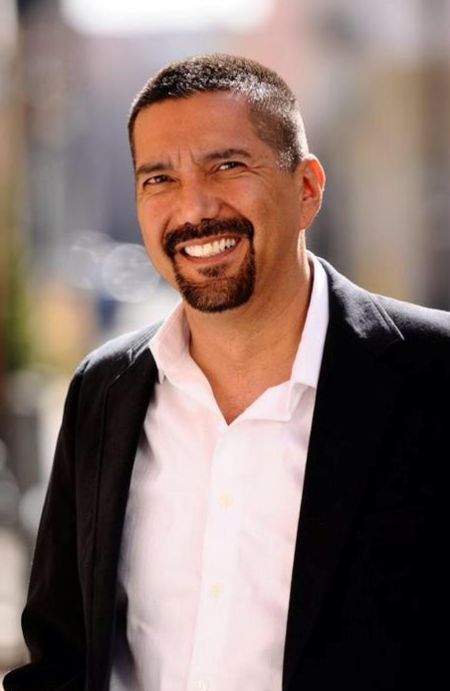 Actor Steven Michael Quezada, who plays a role in the AMC television series Breaking Bad, has won a seat on an Albuquerque school board.

Quezada plays the role of federal drug law enforcement agent Steven Gomez on the Emmy-winning show, which is based in Albuquerque.

On Tuesday, he won a seat on the Albuquerque School Board in District 5, a newly created school board district located on the city’s west side. He ran unopposed.

Three of Steven Michael Quezada’s four children attend a charter school in Albuquerque. He said he decided to join the school board because he wants to have an impact on the lives of his and other children.

“I want my kids and all of our children to be able to go to any public or charter school and receive and excellent education,” Quezada said. “It’s our responsibility to make sure no child falls through the cracks.”

Quezada told VOXXI that growing up in Albuquerque he struggled in school and didn’t get the best education.“It’s not fair for kids to go through the same experience I went through,” he said. “I want them to have more opportunities and a sense of knowing where they want to go and how they’re going to get there.”

He added that the “incredible challenges” the schools in his district face require a board member who “is committed to change and innovation.”

Before running for school board, Quezada had been active in programs that promote youth development and encourage students to get involved with extra curricular activities. He has also served on the governing boards of several schools, including the Public Academy for the Performing Arts where three of his four children currently attend.

“From experience, I know young people thrive in environments where academics and artistic creativity are paired,” Quezada stated.

When asked during an interview with CNN whether school board was the beginning of a political career, Steven Michael Quezada said he doesn’t plan to run for other positions in public office any time soon.

“I still need to go out and work,” he added. “The good news about New Mexico is that we bring a lot of movies, a lot of television series out here so I’m hoping that I continue to work.”

Quezada and the rest of the actors in Breaking Bad are finishing filming the fifth and final season. The last eight episodes will air summer 2013. It tells the story of a high school chemistry teacher Walter White, played by Bryan Cranston, who partners with former student Jesse Pinkman, played by Aaron Paul, to produce and sell methamphetamine.

Griselda Nevárez is a reporter with Hispanic Link News Service in Washington D.C.