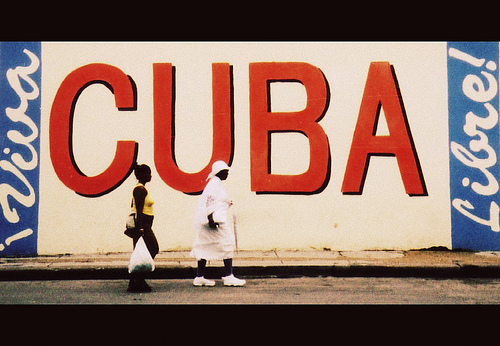 In the Kabbalah, the number is not mentioned, a superstition with numbers, the calamity that even pronouncing eight letters could bring. I remember when I turned thirteen the many jokes at school that revolved around it. “How old are you?” asked the upper grade students to mock my confusion when answering. I had to respond with “twelve plus one” or “fifteen minus two,” because to say those cursed digits 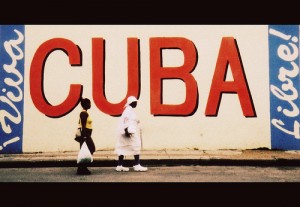 landed me in a wave of laughter. They also might launch a “cocotazo” with the cry of “gotcha!” as they rapped their knuckles into my skull, and still today I’m not really clear on what that meant in that context. So I grew up assuming that thirteen not only brought bad luck, but also scorn, derision, insult.

When I moved in with Reinaldo, I thought, “What a relief! At least we live on the 14th floor and not the one below.” I imagined what if, every time I gave my address, someone shouted that sarcastic “gotcha!” of my adolescence. The embarrassment wouldn’t reach me. Years later the doctor predicted that my son would be born on August 13, 1995, but — luckily — nature moved up the date and freed us from that “dark day.” And so, bobbing and weaving, leaving off saying it at times, and using addition and subtraction at others, I’ve escaped the dark superstition of…

Yoani Sanchez, a University of Havana graduate in philology, emigrated to Switzerland in 2002, to build a new life for herself and her family. Two years later, she decided to return Cuba, promising herself to live there as a free person. Her blog Generation Y is an expression of this promise. Yoani calls her blog ‘an exercise in cowardice’ that allows her to say what is forbidden in the public square. It reaches readers around the world in over twenty languages. Yoani’s new book in English, Havana Real, is now available for pre-order here.  Time magazine listed her as one of the world’s 100 most influential people in 2008.