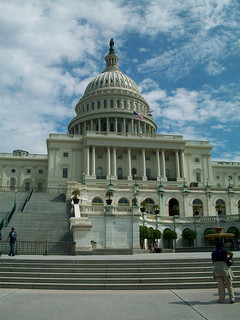 After the Thanksgiving break, Congressional members in the House will consider voting on a Republican-backed STEM Visa bill next week adding to their list of legislative priorities during the lame-duck session.

The STEM Jobs Act was introduced by House ranking member Lamar Smith (R-Texas),  this fall as an effort to increase the number of green cards to persons with advanced degrees in science, math, engineering and technology.

The House bill is called the H.R. 6429, and an estimated 55,000 visas would be granted under the legislation. 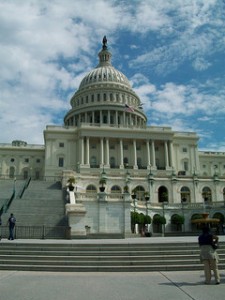 The STEM Visa bill failed to pass the House in September because of a suspension rule that required a two-thirds approval. The suspension rule is only made by the Speaker of the House and is usually used to quickly pass non-controversial bills. This time around, under normal rules, the legislation has a better chance of passage through a simple majority or 218 of the votes.

The popularity of STEM jobs has increased in the past 10 years.

“Growth in STEM jobs was three times greater than that of non-STEM jobs, and STEM jobs are expected to continue to grow at a faster rate than other jobs in the coming decade,” according to the U.S. Department of Commerce’s Economics and Statistics Administration (ESA).

An area of contention for Democrats is that the proposed legislation would eliminate the diversity visa, often referred to as the “green card” lottery, in exchange for allocating more visas for those with advanced degrees.

Smith along with other Republicans previously stated that the lottery visa program opens the door to fraud and allows terrorists to enter the country. Yet, Democrats, including Rep. Luis Gutierrez (D-Ill.) who heads the immigration taskforce for the Congressional Hispanic Caucus, have previously criticized the measure because of its amendment.

“I would like to improve the STEM visa program without doing damage to other parts of our legal immigration system,” Gutierrez stated.

The STEM Visa bill was introduced before the elections and it was seen by Democrats as a strategic move to show that Republicans do support legal immigration measures. Around the same time, the Democrats introduced another STEM bill called “Attracting the Best and Brightest Act” by Rep. Zoe Lofgren (D-Calif.), which would not eliminate either category.

That proposed STEM Visa bill was sent to the House Committee on the Judiciary for consideration, but the chances of its passage are less favorable since Smith would have to decide if he is willing to allow its passage and Republicans control the House chamber.

Raisa Camargo is a staff writer at Voxxi.