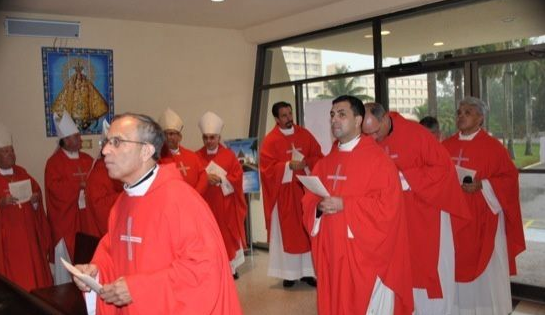 SAN ANTONIO (October 24, 2012) – An overwhelming majority of the Hispanic business leaders and professionals who comprise the membership of the national organization Catholic Association of Latino Leaders (CALL) value the presidential candidate’s position on moral and ethical issues over their political party affiliation based on the organization’s biannual survey of its members.

“Our survey results are noteworthy on a number of important levels,” said Robert Aguirre, CALL president and CEO. “What we see here is a strong indication that many Hispanic Catholic business and professional people across the country dispel the myth of the so-called ‘Hispanic vote.’ Their voices are not the voices that you hear about in the news or read about in polls,” he emphasized. 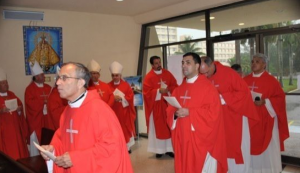 CALL, with chapters in Latino markets across the nation, biannually queries its members on key issues. This year’s nine-question survey, “Making Decisions, Changing Directions,” included two questions with significance for the November presidential election.One question measured the members’ level of agreement with a statement that it was more important to consider the presidential candidate’s position on moral and ethical issues versus his party affiliation. The percentage of members who agreed with this statement rose from 87.1% in 2010, when the same question appeared in the last biannual survey, to 94.4% this year.

“The data we have gathered with our survey appears particularly noteworthy when we juxtapose these results against the latest Pew Research Center poll which reports that 73% of Latino Catholics favor re-electing Barack Obama. Our survey indicates that, looking deeper into Latino subgroups such as Catholic business and professional people, the results may be just the opposite,” he stated.

CALL members’ concern about the outcome of the presidential election appeared evident in another important finding of the 2012 survey. When asked to rank the issues they considered of greatest importance to the future of the country—selecting from such topics as immigration, abortion, marriage and family, education, the deficit, and unemployment—respondents ranked religious liberty as their top priority.

“The fact that Hispanic Catholics can and do separate the issues from the political party is an important finding of our survey,” concluded Aguirre. Noting that Hispanic business and professional people rank strongly in the “likely voter” category, he added, “I hope that both presidential campaigns take note of these results as to what is important to us and to our country.”

The Catholic Association of Latino Leaders is a national organization comprised of business and professional people dedicated to promoting the common good of Latinos, the Church and our nation. Established on the premise that it is the particular vocation to transform the world through “faithful citizenship,” CALL members do so by finding new and culturally relevant ways to promote the values of their faith–especially within the historical context that Hispanics were the first American Catholics. CALL provides a forum for members to strengthen their faith in community through prayer, education, service and leadership. CALL provides programs, services and events for the benefit of their community and country. CALL has chapters established in Los Angeles, Orange County, Phoenix, Denver, Austin, San Antonio, Houston, Milwaukee, Miami, and Washington DC.