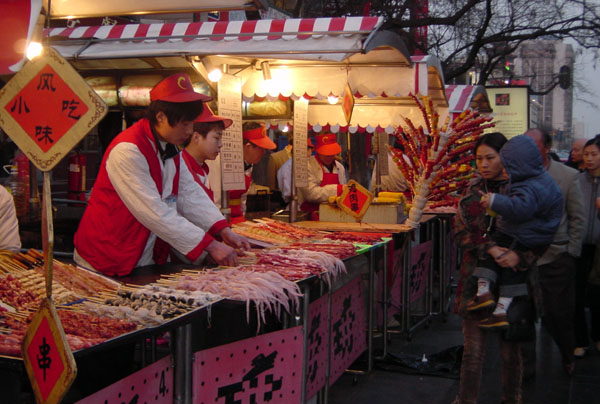 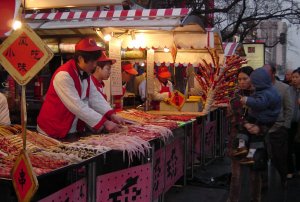 On a recent phone conversation with my primo hermano, I came to a startling realization. It all began when Manny asked me, “Where is the Chinatown in Guangzhou?” Upon hearing this, I immediately began to look on a map in a misguided attempt to locate the Chinatown area of the city. After several seconds, I suddenly thought, “there is no Chinatown in Guangzhou, the whole city is Chinatown!” Manny immediately began to laugh and we had our patented primo to primo moment where we promise not to mention this incident to anyone else. However, he never said anything about sharing this with the Newstaco.com!

For the sake of simplicity and to avoid an overly complex metaphor that would take a Ph.D. in Asian History and Neil DeGrasse Tyson two hours to explain, let’s keep my “China is Chinatown” metaphor at face value. For irate diatribes, email me at chicanochino@live.com. 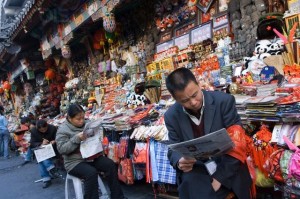 I have been to the Chinatown section of San Franciscomany times and have found that prices as flexible as bamboo. Press too much and the owner snaps, press too little and you won’t get a response. My point being is that haggling can be employed, especially at the street level. For us chicanos, haggling is something we learned to do when trying to stretch a dollar at a yard sale. This parallel, although flimsy and slightly tofuy, connects and endears us to our Chino hermanos.

Now, if haggling is de rigueur in China town then it is an Olympic sport on the mainland. You are expected to haggle. Think of Sunday trips to la pulga with your family and you’ll get the idea. I understand that there are people who are uncomfortable in asking for a discount or the process of haggling makes them uncomfortable, then my advice to them is to pay the price the vendor asks. Simple. I look at these individuals as subsidizing my cost for an item. If they pay the first, usually inflated price, then I will get the discounted price! It all evens out at the end, like karma but this is haggle karma.

Haggling is most prevalent when purchasing an item on the streets and not nearly as accepted in a store with posted prices. With that said many of the items available from a street vendor tend to be of lower quality and desirability and are aimed at the casual or impulse buyer.

Compitas y comadres reading this may think that I moved all the way to China to be codo (a cheapskate) or that it makes no sense to reduce the price of an item from 40 to 37 centavos chinos. To be honest, I AM cheap y que! Buying anything is only half of the enjoyment and haggling adds that extra dimension. In my humble Chicano opinion, learning to haggle is an essential life skill and the better you become at it, the more haggle karma you get! (Trust me, you’ll need it when you get married!)

Next up: Golden Week. 1.3 billion itineraries.

Hector Flores is a writer, producer and entrepreneur finding his way through the modern maze that is China. After reading Rudolfo Anaya’s travel memoir “A Chicano in China”, he was inspired to blog, tweet and post on his own adventures as a curious chicano in China. Mr. Flores blogs and posts at www.chicanochino.com, tweets @chicanochino and can be reached at chicanochino@live.com.