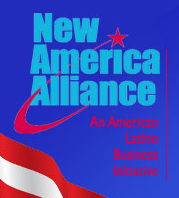 In an unprecedented move, a group of prominent Hispanic entrepreneurs and business leaders from across the country joined forces with national advocacy groups Monday to launch a concerted effort against a rising tide of anti-Latino rhetoric.

“We’re not here to create fear. We’re here to fight fear,” said Roel C. Campos, chair of the board of the New American Alliance. “What is the problem? The problem we know: We have a divided, polarized country in a moment politically, which might be expected. It’s essentially the   ever-present fear, and a desire to stop change.”

It’s a historic departure for the NAA, traditionally dedicated to issues of access to capital and economic empowerment. But increasingly negative discourse aimed at Hispanics, much of it centering on the heated immigration debate, compelled the organization to take action.

“The Latino brand is damaged,” NAA executive director Maria del Pilar Avila told Voxxi. “That’s why it’s necessary for the NAA to stand up, to raise our voices, to bring all of these organizations together, to ensure that we send a clearer message about who we are as Latinos, about what our contributions are, and then, together, figure out the action we take.”

The group, along with the National Council of La Raza, the National Association of Latino Elected and Appointed Officials, Hispanic Association on Corporate Responsibility, and the U.S. Hispanic Chamber of Commerce, announced the initiative at the “1st American Latino Summit” in Miami.

“Whatever we choose to do today when we leave is going to have an impact on this country not only in this election but for many years to come,” NAA co-chair Ana Maria Fernandez Haar told the gathering.

The project combines the networking reach, marketing acumen and political skills of the business leaders in the group to the ongoing efforts of the Hispanic civil rights and advocacy groups. It’s a welcome boost, Clarissa Martinez de Castro, NCLR’s Director of Immigration and National Campaigns, told Voxxi, and evidence of the growing concern of Latinos in all walks of life.

“Latinos as a community are seeing the effects on civil rights of the toxic nature of the overall debate on immigration. And even if immigration is not your top issue you are feeling the aftershocks of that environment,” she said. “It is encouraging to see different groups within the Latino community coming together to push forward and challenge what is nothing short of anti-Latino sentiment we’ve seen grow across the country.”

The idea for the summit came from NAA co-chair Fernandez Haar, who said she was driven to move the business group into a new area because of the increasing vitriol of the rhetoric.

“The dialogue and the tone has been a bit un-American, I would say,” she said. “Feeding off those fears has been a thing that’s had a very negative effect and it’s something that we also need to address.”

The point, though, is understanding, not antagonism. NAA’s co-founder stressed that what’s good for Latinos is good for the country.

Carlos Harrison is a Pulitzer Prize-winning journalist, editor and writer of more than a dozen books in English and Spanish. A former national and international correspondent for the Fox News Channel, Harrison also has written two award-winning television documentaries and seven feature-length screenplays, as well as hundreds of newspaper articles and dozens of magazine pieces.