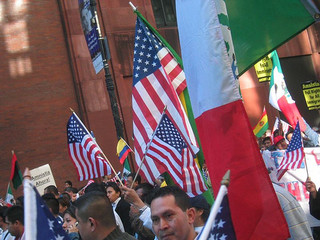 The 9/11 aftermath created a ripple effect in the Hispanic community in both sides of the border. After the September 11 attacks, a seemingly friendlier immigration approach by the Bush administration turned into stricter regulations to grant nonimmigrant visas for students and businessmen, while anti-immigrant groups surged and grew after 9/11. The collapse of the World Trade Center led to the rise of a 700-mile fence across the U.S.-Mexico border, sparking criticism from Latinos both in the United States and south of the Rio Grande. Despite being a turbulent post-9/11 decade for Hispanics and U.S. citizens alike, we as a community have adopted one of the American spirit’s tenets: an unyielding resilience when faced with adversities. 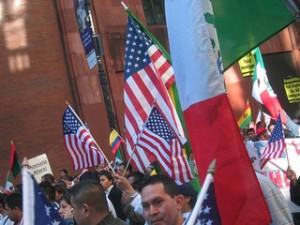 Although the economic downturn that started in December 2007 has substantially reduced the flow of undocumented immigrants to the United States, the anti-immigrant rhetoric—an emblem of post-9/11 domestic policies of self- protection—is far from over. Although the Supreme Court ruled on June 25, 2012, that Arizona’s anti-immigrant law S.B. 1070 is unconstitutional, it did not struck down Section 2(B), arguably the most dangerous provision that will lead to racial profiling and discrimination. Sadly, 48 states are following suit with copycat laws. Recently, Alabama upheld the strictest anti- immigrant law in the United States, allowing law enforcement agents to arrest those who seem suspicious of being undocumented and urging educational authorities to report students who lack legal papers.

Instead of being intimidated, Latinos have demonstrated their wish to be part of this country by contributing to its society’s fabric even more. Thousands of brave Hispanics have served in the U.S. military in Iraq and Afghanistan, skilled Latino workers largely contribute to local economies, and Latino leaders are rising in both the GOP and the Democratic party as seen in the past conventions, where some of them even uttered phrases in Spanish. Furthermore, the DREAM movement–comprised of undocumented students born in the U.S. and who grew up in a post-9/11 decade–have emerged in the midst of anti-immigrant bills and fearlessly voiced their desire to settle in this country– and such courageous act clinched the Obama administration’s decision to grant deferred action, which will allow undocumented youth to find jobs.

But make no mistake: immigration is not the only matter Hispanics are interested in and that affect the average American. Latinos have actively participated at Occupy Wall Street, one of the most vibrating movements in contemporary U.S. history, in the quest to demand economic mobility and equal opportunity for all  (Unemployment among Hispanics hover around 10.3 percent, two percentage points above the national average).  The housing crisis has also represented a setback for the well-being of Hispanics, who have been discriminated by lender’s predatory practices, according to the Department of Justice. Yet organizations like Vida Urbana keeps up the good fight in ensuring fair housing for Latinos.

Seeking a better life in U.S. soil in turn fuels Latinos’ intricate desire to proudly take an active role in U.S. decision-making, as thousands of Hispanics become U.S. citizens who will in turn cast their votes in the upcoming presidential elections. A post-9/11 generation of Latinos will foster new engineers, teachers, military and political leaders, and scientists that will improve America’s competitiveness and quality of life. In the words of our very own Cristina Saralegui, we must move “forward, forward, backward, not even to gain flight.”