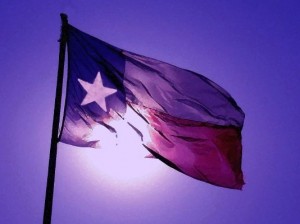 I live in Texas. No, my daddy doesn’t grow oil, and I don’t wear boots or ride a horse. On the other hand, yes, Rick Perry is the Governor. If I so choose I can buy myself a Stetson and a pair of Lucchese’s, but I can’t stop my state from suing the federal government over voter ID and I can’t stop the Governor from saying stupid stuff about Medicaid. This is my lot; I know my limits.

This hasn’t been a good week for my state. We’re calling attention to ourselves for all the wrong reasons. On Monday the U.S. District Court in the District of Columbia began hearing the case of Voter ID in Texas. The hearing is expected to last through the week – a total of 25 hours of testimony. The state leaders are incensed that the Obama Justice Department didn’t let them implement their Voter ID law, so they took their complaint to court (which is their right) arguing that the Voting Rights Act, which the Justice Department leaned on to stop Voter ID, is out dated an no longer needed.  That’s right, my state has challenged the 45 year-old VRA. This is the first time that a Federal Court takes up the issue of Voter ID. A quick and meaningful tidbit in a state as large as Texas (it’s a 9 hour drive for me to get out of the state heading East, West or North) is that 81 out of the 250 counties in the state don’t have a DMV office. Where are the folks in those counties supposed to get a photo ID?

Also this week Governor Perry announced that he had decided that Texas would not participate in the Medicaid extension that is part of the Affordable Care Act, as tweaked by the U.S. Supreme Court. Some counts say that at least 1 million Texans that will go without health insurance who would otherwise get it under the ACA. Perry’s reason: something about the Titanic and adding 1000 passengers…

I’m not clever enough to make this stuff up.

I’m certain, though, that most of the folks who will be left out of Medicaid are the same folks who don’t have a photo ID – namely the poor and the elderly (granted, the elderly have Medicare,  but chances are that older folks in minority communities are not going to have the ID required to cast a vote under the Voter ID restrictions). It boils down to the fact that if you are poor or a minority in Texas your government doesn’t want you to have health insurance and want’s to make it harder for you to vote. Because if you don’t vote, or can’t vote, it doesn’t matter what you think about health care.

Today was the second day of testimony in the DC court regarding Texas voter ID, and it was the second day of opinion mongering in the court of the media and public opinion regarding Perry’s Titanic decision to turn his back on the President’s Medicaid extension. In that sense it was a day for the doldrums with little forward movement. But this is Texas, where it takes a while to get where you’re going, and that doesn’t mean you’re off the path. Another thing to consider is that in both cases – Voter ID and the Medicaid extension – other states and Republican governors are watching Texas for cues to take on their own paths. The question we should be asking, given the events of the first two days of this week, is: exactly what path is Texas and Governor Perry leading us down?