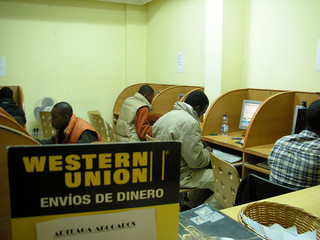 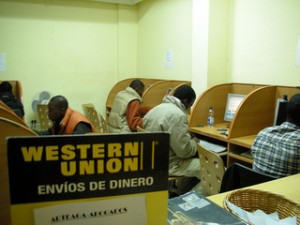 Remittances from the United States to other parts of the world are estimated in the tens of billions of dollars each year. Not surprisingly, a large share is sent to Latin America and many of the senders are of Hispanic origin. In fact, a 2008 Census survey showed that more than 50 percent of households that sent money were of Latin American and Asian descent.

Many remittance senders work in the lowest paying jobs. For them, every dollar counts; for their families abroad, every dollar may have even more significance. I know this firsthand. When I was growing up, my family sent money to Mexico. Our extended family often needed help paying for some of their basic living expenses and our dollars made all the difference. The effect of this money is far-reaching. In fact, remittances and other transfers from abroad are so prevalent to Latin America, it is estimated they make up a significant share of the GDP in a number of Latin American countries.

Unfortunately, consumer protections for remittances have been weak or non-existent. For example, remittance senders have not always been able to get full information about their transactions, including how much money will be received on the other end. Too often errors were not resolved. Despite protests from consumers and their supporters, including the attorneys who represented farmworkers and doggedly advocated on their behalf more than 15 years ago, few federal consumer protections existed for remittance transfers prior to the passage of the Dodd-Frank Wall Street Reform and Consumer Protection Act in 2010.

With direction from Congress through the Dodd-Frank Act, the Consumer Financial Protection Bureau (CFPB) has now changed that. The CFPB has adopted new rules that will go into effect in February 2013. These rules generally will make the costs of remittance transfers clear and hold remittance transfer providers and their agents accountable for errors.

The Latino community in the United States stands at 50 million strong and is projected to grow rapidly, reaching 133 million by 2050. While the majority of Latinos in the United States are native born, many are immigrants and others are first- and second-generation. Many of these families may need to send money to their country of origin. The CFPB recognizes the importance of the growing Latino population and is committed to addressing concerns unique to the Hispanic community.

I am proud that the remittances rule is the first substantive final rule adopted at the CFPB and that the agency has been able to play a role in bringing new protections to consumers who send remittances to loved ones or others abroad.

Zixta Martinez serves as Assistant Director for Community Affairs at the Consumer Financial Protection Bureau. In this capacity, she leads the Bureau’s work with consumer, civil rights groups and community organizations.