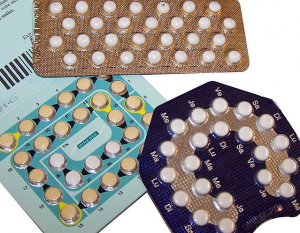 By Jessica Arons and Lucy Panza

On February 10 the Obama administration released its final regulation implementing the preventive care provision of the Patient Protection and Affordable Care Act. Heeding the nonpartisan recommendations of the Institute of Medicine, the regulation will require all group and employer health plans, with the exception of some religious entities, to provide no-cost coverage of all Food and Drug Administration-approved contraceptives, among other types of preventive care. This means that in the next year, employees will have access to the full range of contraceptive devices and supplies without the burden of co-pays or deductibles. This policy will improve access to a vital health care service for millions of women, especially women of color who face a number of health disparities.

Studies show that planned pregnancies and the spacing of children improve the health of women and families, including fewer pregnancy complications such as premature birth, low birth weight, and infant and maternal mortality. Yet women of color experience much higher unintended pregnancy rates than their white counterparts: Black women are three times as likely as white women to experience an unintended pregnancy; Latinas are twice as likely. This new regulation guaranteeing access to no-cost contraception will give women of color a much-needed chance to close these gaps.

Women of color as a group also suffer higher rates of chronic diseases, including pregnancy-related conditions, which can be prevented with consistent use of contraceptives. For example, women of color have higher rates of gestational diabetes, which can lead to permanent Type II diabetes. In fact, the American College of Obstetricians and Gynecologists lists simply being Native American, Asian American, Hispanic, African American, or Pacific Islander as a risk factor for gestational diabetes. Access to affordable contraception will help these women avoid unintended pregnancy and allow them to better manage their health before and during pregnancy by enabling them to plan wanted pregnancies.

In addition, oral contraceptives are often used to treat conditions unrelated to the prevention of pregnancy, such as polycystic ovarian syndrome, which is prevalent among women of color with a family history of diabetes and can lead to ovarian cancer if left untreated. Indeed, 14 percent of all women on “the pill” have used oral contraception exclusively for a non-contraceptive medical reason and 58 percent of women have used the pill for reasons in addition to or other than its contraceptive properties.

Many of the health disparities women of color experience are directly related to the steep cost barriers they face while trying to stay healthy. Contraception without insurance can cost anywhere from $1,000 to $6,000 per year. Over the remainder of her reproductive life, a woman in her late twenties could spend over $41,000 on oral contraceptives without insurance. These are not costs that women of color, who earn lower wages on average and experience higher rates of unemployment, can afford. As a result, many women simply go without their contraception and risk all the health complications described above and more. In a recent study, 51 percent of Black women ages 18 to 34 said they have had trouble purchasing birth control and using it consistently due to the cost. The recent Health and Human Services preventive care regulation will thankfully remove the financial obstacles to this important aspect of reproductive health care.

Research into Latinas’ perspective on contraception access reveals that they recognize this need and want to address it. The National Latina Institute for Reproductive Health released data showing that 97 percent of sexually experienced Latinas have used a family planning method and 96 percent of them have used a contraceptive method that is banned by the Vatican despite being Catholic. Many religious Hispanics support contraception access regardless of what church leaders say. And 89 percent of Latina voters ages 18 to 34 support contraceptive coverage without co-payments for all women.

Given high unemployment rates among women of color, a regulation like this one that only governs employer obligations under the Affordable Care Act will not address everyone’s needs. Title X clinics that offer family planning services to low-income families, for example, are still a vital provider of preventive care outside the employer-sponsored insurance market. Nevertheless, this regulation is a step in the right direction toward universal no-cost contraceptive coverage, sending women of color the message that their reproductive health matters, too.