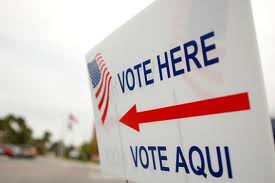 Motivated by the conservative anti-immigrant rhetoric going around the country, leaders from the Hispanic community launched a national campaign on Thursday to register 200,000 Latino voters and mobilize 100,000 individuals to go to the polls in November.

The campaign, Latinos for Democracy, is part of the Movimiento Hispano, which focuses on efforts against the suppression of the minority vote, education about the most pressing issues in the community and integration programs for immigrants.

“With the community under attack, the vote is one of our best weapons of defense,” said Hector Sanchez, LCLAA Executive Director.

Cooperation from the Hispanic Federation, the Labor Council for Latin American Advancement (LCLAA), and the League of United Latin American Citizens (LULAC), has ignited the efforts to mobilize Latino voters.

“The politicians who ignore or marginalize this electorate bloc during the primaries will pay the consequences in November, while Latino voters continue to involve themselves more than more in the democratic process,” said Francisco Heredia, Director of Mi Familia Vota in Arizona.

As previously reported on La Plaza, Wednesday’s Republican presidential debate in Arizona portrayed a Mitt Romney that supported the state’s SB 1070, which aims to criminalize undocumented immigrants, and even showcased the legislation as a model for other states to follow.

Activists believe that Latino voters, who may in many instances have a relative or know someone who is undocumented, will hold the Republicans accountable at the polls for opposing immigration reform.

“The Republican extremism is unacceptable. They have to have practical proposals that benefit the country and not an extremist rhetoric that is creating hatred against the Latino community and an environment where crimes motivated by hatred against Latinos are increasing,” said Sanchez.