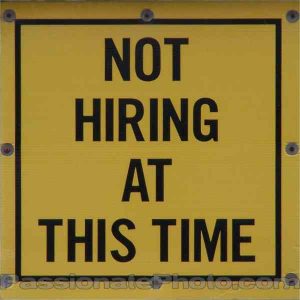 Despite the U.S. economy’s addition of 243,000 jobs in January, the Latino community is still struggling with an unemployment rate of 10.5%.

According to the U.S. Labor Department’s January report, the country is experiencing its strongest job growth since April of 2010, while minority groups bear the burden with above-average unemployment rates.

“This is an optimistic jobs report, especially in light of very poor jobs reports for almost three years,” said Brian Hamilton, CEO of Sageworks. “We don’t know if the positive jobs trend will continue, but it is definitely a good trend.”

While the overall unemployment rate dropped from 8.5% in December to 8.3%, Latinos lag behind other Americans on most measures of economic well-being.  Analyses of recent government data by the Pew Hispanic Center indicates that the gaps between Latinos and other groups have widened since 2005.

As previously reported on La Plaza, the unyielding figured for Latino unemployment might be partially explained by mixed results in sectors that employ large amounts of Latinos.

The source of the new jobs fueling the reported growth has been in private businesses, the manufacturing sector, professional and business services, and education and health services. Most recent job losses have come from the public sector cutting 14,000 in January alone.