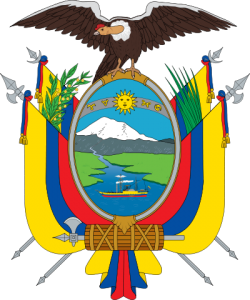 Carina Vance Mafla, is set to take the reins as Ecuador’s new health minister this week, this is particularly salient because she is also a lesbian and has advocated for LGBT causes in that country. Blabbeando reported that Mafla steps in after the previous health minister was ousted after inefficiencies within the department, nonetheless this is a historic move for the country, currently led by president Rafael Correa.

According to El Tiempo, some of Mafla’s priorities will include:  addressing illegal clinics that promise to “cure homosexuality,” as well as improving the distribution of HIV drugs, and implementing new policies to more adequately address the needs of people with diverse sexualities.

If you recall, we reported that these clinics essentially tortured their patients, not only sexually assaulting them, but shackling them, dousing them with urine, and more. Blabbeando also points out that Mafla had been working for Ecuadorean lesbian-rights organization Fundación Causana as the executive director, when petitions circulated bemoaning the conversion clinics.

His logic is that: the petitions, addressed to President Correa and then-Health Minister David Chiriboga Allnutt, put pressure on the government to act, and the response was not only to have Mafla occupy the very office she had been protesting, but also to partner with Fundación Causana to take action against the conversion clinics.