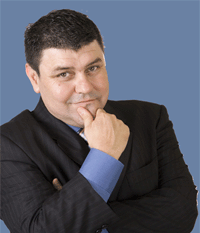 Mario Solis-Marich was a radio show host in Colorado at KKZN AM760 for three years, until he said he was unceremoniously told midday on December 1 that his show was being canceled, only to be replaced with the syndicated program. His show was Denver-centric, even though he was based in Los Angeles, and the movement has sprung up, including boycotts and petitions to bring him back.

In a statement, Solis-Marich Said that he received this e-mail at the end of November and then participated in a phone call morning of December 1; the meeting was 5 minutes long and he was told that due to “financial” considerations, his show was being canceled. He also stated that he felt like his replacement, a syndicated show, had been seeking his timeslot for “at least two years.”

Ethnic diversity on the radio with another issue that Solis-Marich highlighted, especially since Latinos in the US seem to prefer English-language programming. He said he was proud of his show’s support for DREAMers, and is looking to continue to find an outlet in Denver or elsewhere for his programming.

As mentioned, members of the community have begun a petition and campaign to try to bring back Solis-Marich’s show. The petition is here, and you can get more information here.