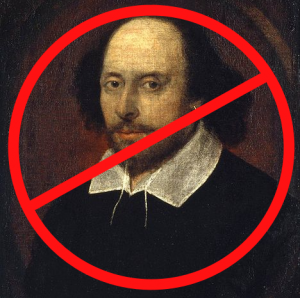 Tucson, Arizona — First, let’s get the media-driven nonsense out of the way: “ethnic studies” was not dismantled in the Tucson Unified School District. Mexican American Studies was dismantled. It is the Mexican American community whose legitimacy in this country is being challenged. All the other “ethnic studies” curricula in TUSD are intact and functioning — and “legal.”

The other bit of nonsense we need to get out of the way is the fiction that TUSD did what it had to do, that it really had no choice but to dismantle Mexican American Studies. The indisputable fact of the matter is that TUSD had a choice: to go along with Attorney General Tom Horne and Arizona Superintendent of Public Instruction John Huppenthal or appeal Huppenthal’s decision — which would have put a hold on the threatened financial penalties on TUSD until the issue was resolved in court.

TUSD made the conscious and deliberate choice to support Huppenthal.

The “Purging of the Mexicans” has begun in earnest in TUSD, one day after the school board, led by its chief anti Mexican American studies hater Mark Stegeman, voted 4-1 to join hands with Horne and Huppenthal and dismantle the Mexican American Studies curriculum. The very next day after its nefarious vote, while classes were in session, TUSD conducted a purge of any and all books and teaching materials having to do with Mexican Americans and/or that deal with topics that are banned (e.g., civil rights) from MAS classrooms. Journalist Jeff Biggers reported that:

According to district spokesperson Cara Rene, the books ‘will be cleared from all classrooms, boxed up and sent to the Textbook Depository for storage.’

TUSD teachers and students who witnessed the purging of the books corroborate what Biggers reports; here’s a video. I feel like the depth of TUSD Superintendent John Pedicone’s hate for our Mexican American Studies is evident in his ordering that the classrooms be purged of the books and teaching materials during class, forcing students to witness it. Also, purged were works from Rudy Acuña and Arturo Rosales, outstanding Chicano historians — both of whom, coincidentally, have Tucson roots.

Perhaps most strange is that Shakespeare’s play “The Tempest” is also banned. As you may remember, in “The Tempest,” Prospero comes to an island and enslaves the indigenous people (Caliban, Ariel) and takes over — i.e., colonizes — the island, raising the issues of morality, fairness, and oppression. Discussing these topics, and specifically oppression, in the context of Mexican Americans is “illegal” according to Huppenthal, Pedicone, Stegeman, et al. and is banned. Therefore, Mexican American students are not allowed to read this subversive play.

The above and the following examples are just that — examples. All books and teaching materials (there are too many to detail here) used in the MAS curriculum are banned and were seized by TUSD in the Great Mexican Book Purge. But the book ban is racially-ethnically selective. Rodolfo Anaya’s award-winning novel “Bless Me Última” is also banned, but only if read by Mexican American Studies students in predominantly Mexican schools where this program exists. Anaya’s book is still “legal” and continues to be used in (virtually all-white) University High School, TUSD’s quasi-private and exclusive high school for “gifted” students. So, according to Pedicone and Stegeman, the nature and quality of “Bless Me Última” are different — depending on what, the color of the eyes reading it?

Thoreau’s “Civil Disobedience (Resistance to Civil Government)” essay is used extensively at (virtually all-white) University High School — but that same essay is banned from Mexican American Studies (Literature and History) classes at predominantly Latino Pueblo and Tucson High Schools. As I’m sure you remember, in his classic essay (published in 1849) Thoreau argues that: 1.) individuals should not permit governments to overrule or chip away at their consciences; and 2.) it is the civic duty of citizens to fight against the government’s attempts to make them the agents of injustice. Thoreau was motivated in part by his disgust with slavery and the Mexican–American War.

So, according to Pedicone and Stegeman, Thoreau’s essay is intellectually stimulating when read by white students but subversive and “un-American” if read by Mexican American students? That TUSD board members Stegeman and Alexandre Sugiyama, as well as Superintendent Pedicone, all teach at the University of Arizona — a scholarly space dedicated to the free exchange of ideas — willingly and with gusto participate in the banning of books and ideas is mind boggling. If the concept of malpractice applied to educators as it does to attorneys and physicians, the banning of books would be a textbook case of such malpractice. Yet, University of Arizona professors ordered the purge. Incredible!

TUSD had a choice: to go along with the Horne and Huppenthal, or appeal Huppenthal’s decision, which would have put a hold on the threatened financial penalties on TUSD until the issue was resolved in court. TUSD made the conscious and deliberate choice to support Huppenthal. If any other award-winning books used in university classes were declared “illegal” because they might stimulate forbidden discussions and banned them and sent officials to go into classrooms to seize the offending books — the Faculty Senate and every other university official would, after recovering from their apoplectic shock, scream loud and incessantly about academic freedom, etc.

Despite all of it, this I can and will say: We are going to win this fight. As our history clearly details — we always do. Which is precisely why the haters and their allies do not want our children, or anyone else, to study our history.

Salomón Baldenegro is a lifelong Tucsonan, a veteran of the Chicano Movement, civil rights activist and a retired Assistant Dean of Students and Instructor at the University of Arizona very much involved in the ethnic studies campaign.