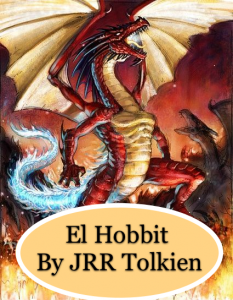 Mi ‘apa is a nerd. Specifically, a history nerd, por eso, the chances that I would turn out a nerd when I was born were very high. Our discussions frequently revolved around civilizations and their mythology; our favorite discussions focused on the Hellenic world. I knew the adventures of Jason and the Argonauts, the tasks of Heracles, and the fickleness of the Greek Gods. However, I knew the difference between the mythology and concrete historic event where people lost life and liberty despite prayers to their Gods.

I became a fantasy nerd because I was predisposed, as both a history and gaming nerd. I graduated from playing the “Oregon Trail” to playing the “Legend of Zelda” on Nintendo, featuring an elf-like hero seeking adventure against strange creatures. It appealed to my gaming nerd tendencies; the detailed back-story of that world appealed to my history nerd tendencies. It was my introduction into a created mythology and preparation for the next big thing in my young Latino nerd life.

One day at school I picked out a free book with a picture of a chubby boy with a dagger on its cover; the boy was glancing backwards at danger, which was a fierce looking creature with evil eyes. The book’s cover proclaimed that it was “The Enchanting Prelude to the Lord of the Rings.” I was dubious about the statement and judged it by association being among the other books, but I decided to give it a chance.

The book was “The Hobbit” by J.R.R. Tolkien. For those unfamiliar with the book, it involves 13 dwarves seeking to retake their Aztlán from a greedy Dragon. Since 13 dwarves were not enough for the job, Gandalf the Grey drafts Bilbo Baggins for comic relief. Along the path to Aztlán they battle trolls, orcs, and finally battle the Dragon. In addition, Bilbo meets Gollum and they play board games. A small man becomes a hero and a wizard becomes suspicious about a particular ring. I needed to learn what happened before and after “The Hobbit;” from that day forth, this Latino nerd was hooked reading about these strange creatures.

I finished the book quickly and re-read. My dad took me to the public library to check out the “Lord of the Rings” trilogy. For the next couple of months the world of hobbits was an obsession. I read, cross-referenced, and learned the history of Middle Earth; the book’s appendix has a timeline of all the events and I made sure to know how everything fit in. I did the interlibrary loan to get mis manos on the rare Tolkien books, such as “The Silmarillion.” It was a world where magic filled the air. Great deeds were done and tragedy was lamented — my imagination expanded. No wonder many nerds are lost in that world and become basement dwellers, fantasy literature is very appealing and easier to interact that the real world.

However, in my case, the leaves fell all around and it was time for me to leave that that world. It was not because I tired of world of Tolkien, but because there was an entire world of books that needed reading. I would not again pre-judge a book. I read the icky Jude Blume books; the guilty and trashy pleasures of Jackie Collins; and insights of the great Arturo Islas. My reading of books became very eclectic and non-elitist.

“The Hobbit” taught me that a book was good was because it was good — not because of its category or where it was reviewed. A world filled with dragons and orcs was equally valid that a book set in the “real word” written by a “serious author.”  My sense was correct since the “Lord of the Rings” became part of popular culture through the films. The film version of “The Hobbit” will be released this December and I look forward to it, even though the book is always better than the film.

Eres Nerd lives a nerdy life in the borderlands of Estados Unidos and Mexico.