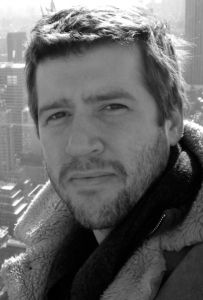 NewsTaco recently interviewed Roy Germano, director of the documentary  “The Other Side of Immigration.” The film was released in 2009 and is based on Germano’s Ph.D. research.

NewsTaco: What brought you to filmmaking?

Roy Germano: I got the idea to make a documentary in 2007 while pursuing a Ph.D. in political science at the University of Texas at Austin. I had been doing research in the Mexican countryside on the root causes of Mexican immigration for a couple years. I was learning some fascinating stuff in my travels that I wanted to share beyond the narrow audience that would ever read my dissertation.

One day it dawned on me to try to make a documentary based on my research. Two years later I found myself attending the premiere of “The Other Side of Immigration” at the Las Vegas Film Festival.

NT: Why did you originally want to make a film about such a controversial subject?

RG: I was born and raised in Kentucky. Like a lot of Americans, I grew up knowing very little about who Mexican immigrants are and why so many come to our country illegally. Once I started talking to Mexican immigrants in the U.S. and doing research in Mexico, I came to appreciate how an understanding of “the other side of immigration” — the perspective of immigrants and of people in immigrants’ home countries — could help us design immigration policies that work better for everyone.

That’s really the point of the film — a message that I think is just as relevant today as it was when I shot the film in 2008.

NT: How was your film received?

RG: The reception continues to exceed my expectations. Since premiering in 2009, “The Other Side of Immigration” has screened at over 100 film festivals, universities, conferences, and community events (and counting). It was one of 15 documentaries to make it onto the American Library Association’s 2011 Notable Videos List.

It has been debated and discussed by media outlets as different as Fox News, the Huffington Post, and Univision. “The Other Side of Immigration” isn’t a partisan film, and I’ve received countless emails from people on all sides of this issue mentioning that the film taught them a lot about a group of people they previously didn’t know much about.

NT: What are your future plans?

RG: I have a short film project in the works and am writing a book about Mexican immigration — a sort of companion to “The Other Side of Immigration.” I’ve also teamed up some friends in New York City to start a non-profit organization that will provide university scholarships to young people living in impoverished areas of Mexico. By funding higher education in Mexico, we hope more kids in the Mexican countryside can get the skills they need to be successful at home, reducing the impulse to migrate illegally to the United States.

Our first fundraiser will take place on January 30, 2012 at Pulqueria, a restaurant in New York City owned by one of the organization’s founders, Heather Tierney. Anyone who wants to donate or be involved should feel free to email me at rg@roygermano.com for more information.