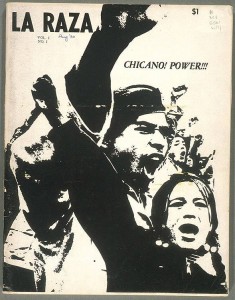 La Raza Unida Party was established in Crystal City, Texas in 1970 by a group of youth, including José Ángel Gutiérrez and Mario Compean, both organizers for the Mexican American Youth Organization.

Founded as a third party alternative, the party aimed to fight for better educational and job opportunities for Mexican-Americans and improve their overall quality of life. The party gained prominence in several Texas communities through pursuing local city council and school board positions, and fielded candidates for governor in 1972 and 1974 and earned enough of the vote to qualify for some state funding.

The influence of the movement spread to Colorado and California, but the party struggled to achieve electoral success in bigger statewide races and lost much of its influence in many areas. It was reformulated the party to focus more on grassroots organizing among Latino, Chicano and Native American communities in the southwestern United States.