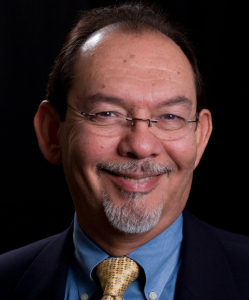 A lawsuit over new state and congressional districts that disenfranchised Latino voters in Texas just wrapped up. A panel of three federal judges redrew the map for the upcoming 2012 election, but the final maps will be decided at a future date. In the meantime, elections will move forward.

But what happened during this lawsuit, which surprised just about everybody for creating what many considered to be much fairer districts? Remember that the State of Texas has been sued over disenfranchising minority voters since the Civil Rights era (and continuously, since then). Luckily, NewsTaco contributor Dr. Henry Flores was one of the expert witnesses in MALDEF’s case against the state. So, we sat down with him recently and asked him about the lawsuit. Check it out.

NT: How have you been involved in redistricting lawsuits before? How was this one different?

HF: This is the third round of redistricting in which I’ve been a voting rights expert witness on behalf of MALDEF. There were a lot of things different this time.

One, the lead attorney, Nina Perales, a woman, was finally recognized by all her male peers as being the number one attorney. Before, she was always a younger Latina having to fight her way through all these male attorneys and nobody gave her any space — until she won a Supreme Court decision, it seems like. She’s super intelligent, well organized, the best trial attorney I’ve ever seen. She was managing the whole thing.

I was one of three experts, I did the disparate impact part os the suit, which is a way of showing the racism without using race. We were better organized [than the Attorney General], we had better graphics, technology, we had enough resources on our side to put on a super, first-class case, and in the past the resources have always been slim. This time MALDEF had the money and the support to put on a first-class case.

The other thing that helped was the Attorney General used lawyers who were corporate- or litigation-types, but they didn’t know election law and voting rights law. But on the other side, with Nina Perales and the rest of the lawyers you were looking at hundreds of years of experience in civil rights cases.

NT: What changed from the original maps, interim ones that was of note? How do you think the final maps will be drawn? What about the Attorney General’s statement that he’ll appeal the maps to the Supreme Court.

HF: Maverick County was divided in half, but that was restored. When I first looked at the map that was the first thing that jumped out at me. The Texas legislature also divided the Latino community into three parts, with the 20th, 23rd and 35th districts. Our point was, when they did that, they literally violated the Voting Rights Act because they diluted the Latino vote.

To me the most extreme case was that they literally hunted for Latino precincts where Latinos underperformed to put them into districts that looked like Latino districts, but were low-performing Latino districts in order to stymy the vote.

The Supreme Court calendar is so long they will probably not get to it until after the election; it’s a badly timed appeal. The final map will probably be closer to the court map— never to the Republican map.

NT: How do these maps affect Texas’ future? The future of Latinos in Texas?

HF: There’s going to be more Latinos in Congress representing Texas and they are going to be Democrats. The ratio between Republicans and Democrats in The Texas caucus will change, it’ll still be majority Republican, but there’ll be a larger Democratic presence — which means that the Republican congressmen probably won’t be able to take as staunch a line on policy as they have in the past. They just can’t run over you as much as they used to.

Finally, you’re probably going to see new Latino faces in Congress, and younger, like Joaquín Castro for instance. That’s going to open the door for other young Latinos to say, “Hey, I want to go there, too.” And I think there are going to be some Latinas running because there are a lot of electable Latinas out here and they are all holding judgeships right now.

The future for Latinos I think it looks bright in that respect.

NT: How will these maps affect national politics?

HF: It’s going to be part of the foundation, as far as lat political participation is concerned. You’re going to see young Latino congressmen, not just from Texas, but Latinos in other states are going to start looking for opportunities in their states. You’re going to have a cascade effect with new electoral victories, and there are going to be attempts to emulate those in other states. And in places you may not even be thinking about — Georgia, Pennsylvania, Connecticut, where there are growing Latino populations.

HF: With the clamp down on immigration and the reduction of Hispanic birth rates, I think that equation is going to change a little bit, but still we’re looking at a minority majority state in 2020. The other thing is, that the way the economy is going I think the ranching and agricultural industry have crashed, and I don’t know if we’re going to see some out-migration. We could lose a seat, or gain a seat, we don’t know for another four or five years.