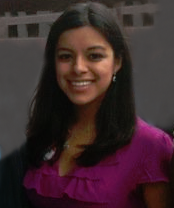 By Rebecca Acuña, Dep. Political Director for Base Outreach for the Texas Democratic Party

The 82nd legislative session began on a precipice of disaster. Absent of the federal stimulus dollars on which Governor Perry relied in 2009, the session kicked off with a historic budget deficit. The budget shortfall meant that hundreds of thousands of teachers would be laid-off, and that children would be uprooted from their neighborhood schools and be shoved into already overcrowded classrooms.

Texans, reading the gloomy headlines, looked to our Governor for direction during the biennial State of the State address, in which the he would announce his emergency priorities. Rather than address our state’s budget woes, Governor Perry decided to target communities of color with unnecessary laws. And there, during his State of the State before the 82nd Legislature, Governor Perry proclaimed voter suppression legislation a state emergency.

Given that there is no evidence of voter impersonation in Texas, the politics behind the Governor’s declaring voter id a state emergency were evident. It was a move to appease the Tea Party and the right-wing extremists who have taken the Republican Party hostage. An extreme faction that fears the rapidly changing population of our state; a population that is becoming more Latino, and increasingly Democratic.

Sadly, Governor Perry’s “emergency” legislation requiring voters to present photo identification at the ballot box will do more than just stoke the flames of fear. This legislation will place costly and unnecessary barriers between voters and the ballot box and disenfranchise Latinos (yes, I’m talking about U.S. citizens).

According to a 2006 study by the non-partisan Brennan Institute, 11% of all eligible voters and 16% of Hispanic voting-age citizens do not have current government-issued identification. In Texas, more than 600,000 registered voters lack government issued identification. It is because of these 600,000 registered voters that the Department of Justice announced that they would not yet pre-clear — or okay — the voter identification legislation signed by the Governor. In essence, the DOJ said that Texas, under the Voting Rights Act, had yet to prove that the legislation will not become an obstacle to the ballot box.

The costs and burdens associated with obtaining government-issued identification make the law tantamount to a poll tax. Potential voters will have to pay not just for the identification itself, but also for the backup documents needed to obtain that identification; documents like a birth certificate, naturalization papers, or a passport.

Further, if you’re Latino and were born on the border, good luck trying to obtain a passport. There have been numerous incidents in which Latinos, some of which served our country in the armed forces, have been denied passports. The reason? They were born on the border to a midwife because their parents were too poor to go to a hospital. (If you don’t believe me, there’s a lawsuit). Now, no passport can mean no driver’s license, which means no fundamental right to vote. (Note: the law allows individuals to use a concealed handgun permit as identification to vote, but not a Veteran’s Identification Card).

From illegal racial gerrymanders to voter suppression legislation, the governor seems all too eager to trample on the voting rights of Texans. Based on the governor’s record — one that decimates public education, hurts our seniors and our children — it is no wonder that he is trying to do everything possible to keep you from voting.

Rebecca Acuña is the Deputy Political Director for Base Outreach for the Texas Democratic Party.