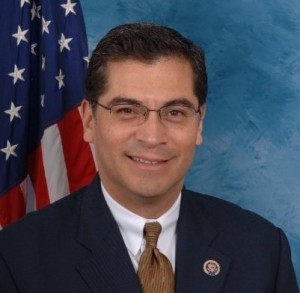 California Congressman Xavier Becerra was appointed to the bipartisan Joint Select Committee on Deficit Reduction, along with two other Democrats on Thursday. The panel will be the one to decide which parts of the budget will be trimmed by more than $1 trillion over the next few months. Basically, the fear is that programs that are super important to the middle class and Latinos, such as education and social programs, will be the targets.

Becerra is the only Latino on the panel, one of few minorities and is going to be getting it from all sides as lobbyists, activists, political action groups and pretty much everyone else gets on the dog pile to try to prevent their thing from being affected by cuts.

You have to give House Minority Leader Nancy Pelosi props for appointing the only two people of color to this panel — which is basically all white men, and one white woman, other than Becerra and Congressman James E. Clyburn of South Carolina, who is African-American. Geez, are things really so bad?

We’ll see how it goes, although chances are if it’s anything like the budget — it’s going to be Latino communities paying the price for this deficit, which grew happily under previous administrations without a fuss.