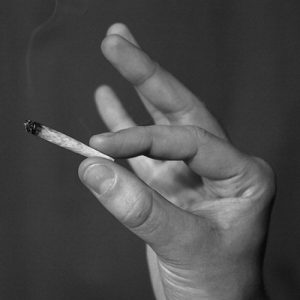 Willows, California — Close your eyes, you nosy reporters and citizens. The helicopters and hundreds of officers spread out over the North State don’t exist, according to a score of public information officers.

Meanwhile, as the huge, highly secret operation got underway, Glenn County hunters and outdoorsmen report being stopped without cause while merely driving their pickups through the forest. This is according to 60ish Anglos who asked that their names be withheld for fear of retaliation.

“They turned on the red light and demanded to know what we were doing in the forest,” said one man, nearly elderly, a deer hunter up with friends, scouting.

The Mirror contacted agency after agency, including the U.S. Forest Service, Homeland Security Immigration and Customs Enforcement, Bureau of Land Management, California Department of Fish and Game and the California Department of Justice, which is ostensibly in control. Only of public information officers contacted returned phone messages: John Heil of the Vallejo office of the U.S. Forest Service Southwest Region headquarters, who took our list of questions but referred us to California Department of Justice Special Agent Michelle Gregory, who is the sole spokesperson for Operation Full Court press. Neither of the two National Guard spokeswomen on the ground would speak to us.

Special Agent Michelle Gregory said all information was “embargoed,” and would not say by what individuals, only all the agencies. She would not release the number of helicopters, costs or any other information. Even the existence, location and signers of the memorandum of understanding (MOU) — a mandatory document for an interagency project such as this — remained secret.

The tight news control – and most of the press has been complaisant or blind — extended even to the name of the mission, “Operation Full Court Press.” Mission commanders apparently believed that by not speaking of the operation, the Mexican drug cartels who run the big grows would not know they are coming, which is like ignoring a tsunami of law enforcement in the area.

Cost of officers alone for the three-week, six-county mission is estimated to be at least $3 million in a rural, poverty-stricken area.

The purpose of this multi-agency, focused operation comprising federal, state and local law enforcement agencies is to identify and eradicate illegal marijuana cultivation sites on public lands in and near the Mendocino National Forest, and to conduct reclamation activities on the environmentally affected areas…

Large scale illegal marijuana cultivation leads to deforestation, damages wildlife habitats, and induces hazardous chemical pollution. The use of herbicides, pesticides and rodenticides can cause extensive and long term damage to ecosystems and impact public drinking water for hundreds of miles.

The name of the operation was withheld.

Tim Crews is the publisher of the biweekly newspaper The Sacramento Valley Mirror in Willows, California. For more information about his paper or subscription information email him at valleymirror@pulsarco.com