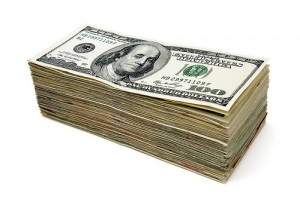 According to a national poll released on Monday, the issue of immigration has surpassed that of the economy and jobs as the top concern for Latinos.

The poll, conducted by Latino Decisions, an independent research firm and Impremedia, a Spanish language media company, surveyed voters between May 24 and June 4 in 21 states with the largest Hispanic populations and found that 51% cited immigration as the most important issue facing Hispanics compared to 35% citing the economy and 18% education.

The data poses a shift from November in which Hispanic voters were asked the same question and found that 49% of all respondents put the economy and jobs first.  At that time, only 23% cited immigration as their top priority issue.

The topic of immigration touches Latinos across multiple generations and socioeconomic status.  Hasty anti-immigration laws passed across the nation in states like Alabama, Arizona and Georgia will likely keep the topic at the forefront of Hispanic voters’ attention.

With the significant growth of Latino voters, the new poll results indicate that the immigration issue will continue to grow as a hot topic issue in the upcoming Presidential election.