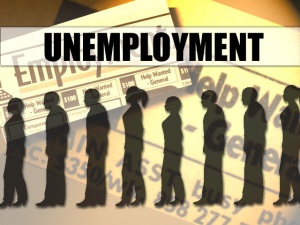 At 17.7 percent Connecticut has the third-highest unemployment rate in the nation with Latinos at the lead. Only Rhode Island, with 21.8 percent unemployment, and Nevada, 18.6 percent, have a higher jobless rate for Latinos than Connecticut. According to a report by the U.S. Department of Labor titled “The Hispanic Labor Force in the Recovery,” the state has lost roughly 94,000 jobs from 2008 through 2010.  As of March the overall unemployment rate  in the U.S. for Latinos is 11.9 percent.

While Latinos struggle in the workforce in this slow rebounding economy, the community faces another problem, the dropout rate. According to the National Center for Education Statistics, 18.3 percent of Latino students dropped out of school in 2008. Some might say that is roughly 2 percent less than 2007 but it is a large number considering the fast growing Latino population. And with congress looking to cut early education funds, the future looks anything but bright.

To make matter worse, 23.2 percent of Latinos were living in poverty in 2008. In that same year, 8.7 percent of studentsliving in low income households dropped out of school.

Is it any coincidence that unemployment and drop out rates are rampant when states are facing huge financial shortfalls? More frequent cuts in education programs will do nothing else but increase these dismal statistics.

When the young in urban and poorer areas have no place to go for after school, vocational skill building programs or continuing education programs the consequence is a large number of people on an alleyway to nowhere. That is what I feel is happening in my home state of CT.  The only way to counter the trend is if more community organizers and those afflicted start to understand that nothing is a given and all must be earned.  In other words, we are only entitled to what we have the right to. IF we are complacent and take the easy road, politicians and school districts will not care, believe me. The ones affected are minorities so who cares? That is why we need to seek out any programs left that would allows us to continue to educate and prepare ourselves to defeat the odds.

Finally, if parents do not exert more pressure on their kids to stay in school, the war is lost. In the end, it is only up to us.