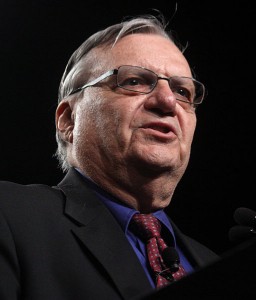 There’s no other way to say it but that the infamous anti-immigrant Maricopa County Sheriff Joe Arpaio has been found to have misspent about half his department’s annual budget, which amounts to about $99 million. Specifically, what it breaks down to is that he was using monies for the jail on other activities, specifically law enforcement. This is important because, if you know anything about bureaucracy, budgets and public money is allocated to specific funds for specific purposes; it’s rare for government agencies to get a blank check to spend public money como les da la gana.

The $99 million figure released Wednesday is an update to an estimate made in September by budget officials who said the sheriff’s office was believed to have used $60 million and $80 million over four or five years from a jail tax on other purposes. Since then, officials said they discovered that the sheriff’s office had inappropriately spent money from a second jail account.

Maricopa County officials also said that Arpaio’s office had spent the money on unsuccessful criminal cases brought against two county officials and a judge…The findings by county budget officials discussed at a meeting Wednesday were sent to federal prosecutors who were already investigating Arpaio on abuse of power allegations.

So there you go. I guess his whole “we have to follow the law” thing only holds true for powerless undocumented immigrants who supposedly cost taxpayers money, but he can do as he pleases with taxpayer money? Is that how it works? The “do as I say not as I do” defense?